Gameloft has released Urban Crime for iPhone, iPod Touch and iPad, and company is claiming that its the first fully 3D crime simulation game for iOS. 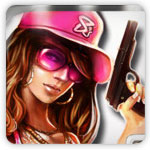 Description
Earn more than money, fame or power… earn RESPECT! Step into Urban Crime, in the 1st full-3D crime simulation for free on iOS and become a true gangster.

It is a good game

Previous Post How to Renew IP Address on Windows

Next Post Corona Jailbreak for iOS 5.0.1 Updated to Fix iBooks