The next iteration of Windows mobile operating system, Windows Phone 8 is launched by Microsoft that brings a lot of new features to the mobile platform. Initially, Windows Phone 8 will be available in Europe this weekend, and its sale will roll out in other countries in November. 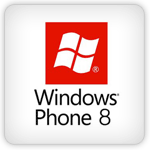 Major mobile operators in the United States will start selling Windows Phone 8 in the coming weeks:

When Windows Phone 8 devices will reach to Asia?