After releasing SkyDrive application for Windows, Mac, Windows Phone, iOS and Android devices now Microsoft launched SkyDrive for Xbox 360 that you allow to access your contents from SkyDrive cloud storage right on your TV screen with Xbox 360. 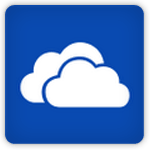 To get start with SkyDrive on Xbox 360, just Turn ON your TV and Xbox. Go to “Apps”, and then select “Browse Apps” and under “Social” category, select “SkyDrive” and thats it.