Customers who are looking to buy new iPhone 2013, can put iPhone 5S order online or go through in line at Apple retail stores on 20th September, 2013. 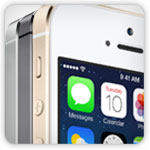 Apple will start picking online iPhone 5S orders at 12:01 a.m. PT (03:00am EST) on 20 September, whereas the Apple retail stores will get open at 8:00 a.m. local time, in your country. On the same day you can also buy iPhone 5C from Apple retail stores, to get one on the spot.

On September 10, Apple announced its iPhone 2013 versions, iPhone 5S and iPhone 5C. With the launch of iPhone 5C Apple also has discontinued iPhone 5 that was launched in 2012.

Apple offers iPhone 5C pre-orders from 13 September, 2013 but iPhone 5S pre-order is not available yet the device will be live for orders on September 20th, and on the same day you can buy iPhone 5S by visiting Apple retail store in your region at 8:00 am.

The iPhone 5S and iPhone 5C is available on and off contract, means either you can buy new iPhones on a contract or as a factory unlocked device.

Initially, iPhone 5S and iPhone 5C launch is limited to 9 countries including the US, Canada, United Kingdom, France, Germany, Australia, Japan, Hong Kong and Singapore. Later on both of new iPhones launch will get extended to 100 more countries by the end of December, 2013.