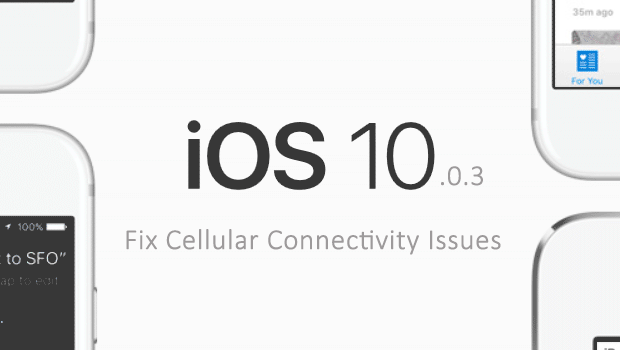 iOS 10.0.3 fixes bugs including an issue where some users could temporarily lose cellular connectivity.

Some other work is still in under the process like Cupertino-based Company is currently working on some additional fixes and improvements like iPhone plus camera Portrait mode which is still in testing.

Anyone who compatible iPod Touch, iPad and iPhone can download this update via over the air by going into Setting > General and then Software Update from your Apple iOS device. You can also download iOS 10.0.3 IPSW files directly from Apple or via iTunes.

Next Post Apple Released iOS 10.1 Beta 4 to Developers and Public