Microsoft Windows 10 S operating system released for low-cost PCs, for schools or educationally oriented computers and also for new Microsoft Surface. Windows 10 S is more secure and faster with excellent battery life and the reason, it’s limited to install only Windows Store apps. Believing the name we get an idea, Window 10 S is an extension of an already given out operation system i.e. Window 10 by Microsoft. 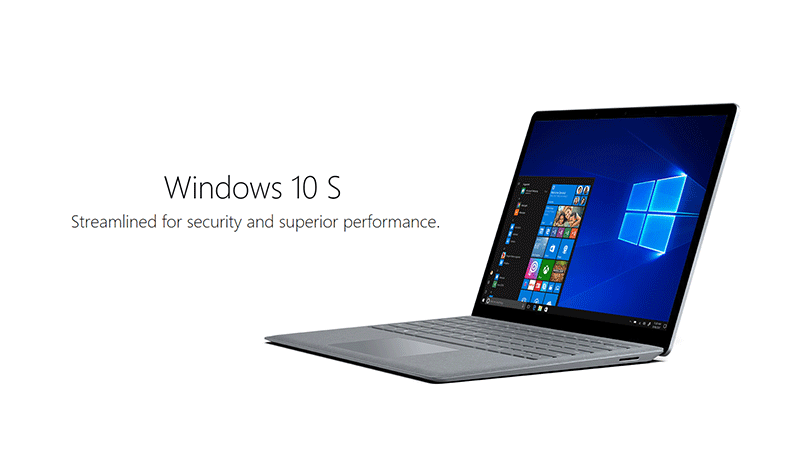 Window 10 S is an outright version of Window 10 Pro but with an ultra-performing architecture conducive not only for fewer budget computers but also the education-oriented PCs and apparently the premium range like surface laptops.

The “S” in Microsoft Window 10S is said to be a symbol of simplicity, speed and security offered in this contemporary OS. It has the capability to run 15 seconds faster than the comparable Windows 10 pro version with all the same apps and profile installed. Microsoft claims it to be an extraordinary operating system that will stay efficient even after years as on the first day.

Microsoft created their new version Windows 10 S for people who limit their self, install all the required apps from Windows Store and don’t need anything other than that. Windows 10 S is an excellent choice for students, teachers and also for those who preferred advanced security features and consistent performance. If you are related to the education industry, then have a look at docs.microsoft.com/education and test Windows 10 S on existing Windows 10 device.

Getting into the details, we have highlighted some of the major and exquisite characteristics that make Window 10 S unique version added in Microsoft’s range of OS.

Microsoft Windows Store contains a wide variety of free, paid and trial based applications of software. Any apps that are not available in the Windows Store would not be running on Window 10 S, unlike the previous versions. All apps are bound to get into your systems through the Windows Store only any other source of installation is not made permissible in Window 10 S.

The new version is made limited to the Windows native browser only i.e. Microsoft’s Edge Browser and any third party browsers, You can’t install Opera, Firefox, and Google Chrome unless they are available in Window’s Store. While the Edge browser itself is made faster and safer to manage all of your browsing data through multiple tabs at a time and new ways to find what you need in no time.

To ensure the security of your files and private data the version has added Microsoft’s BitLocker Encryption system which is not available in all Windows 10 Home versions. The data or files added to the system are made secure in case of any theft or such acts and ensures encrypted movement of your stuff. 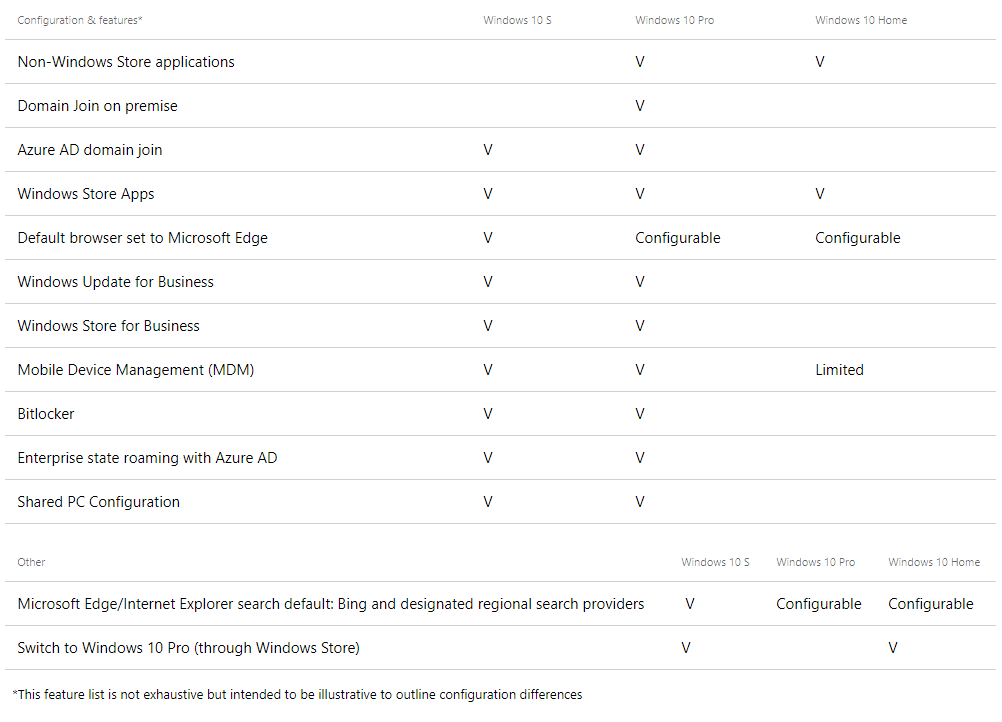 Microsoft has made Window 10S available only on the new machines to foresee the response and usability feedback. It won’t get available as a separate version for installation or upgrade on personal computers.

The devices are containing Microsofts Window 10 S made available from almost all the main PC manufacturing partners like Acer, Asus, Dell, HP, Samsung, Toshiba and Fujitsu with a price starting at $189 in the US.

Do you have any questions?

My daughter laptop has just come with Windows 10 S and it’s awful. How do I format the hard-drive to start from scratch without slaving it off another pc please?

Would you please describe the problem with the Windows? If you really want to start from scratch then You need to perform Windows 10 clean install on your laptop. How many partition do you have on your Laptop?

Next Post Risks and Benefits of Rooting Android Phone or Tablet