iOS 11.2.2 public final version released and available to download for compatible iPhone, iPad and iPod Touch. You can download iOS 11.2.2 right now through over-the-air or grab the IPSW firmware file and install in manually using iTunes. 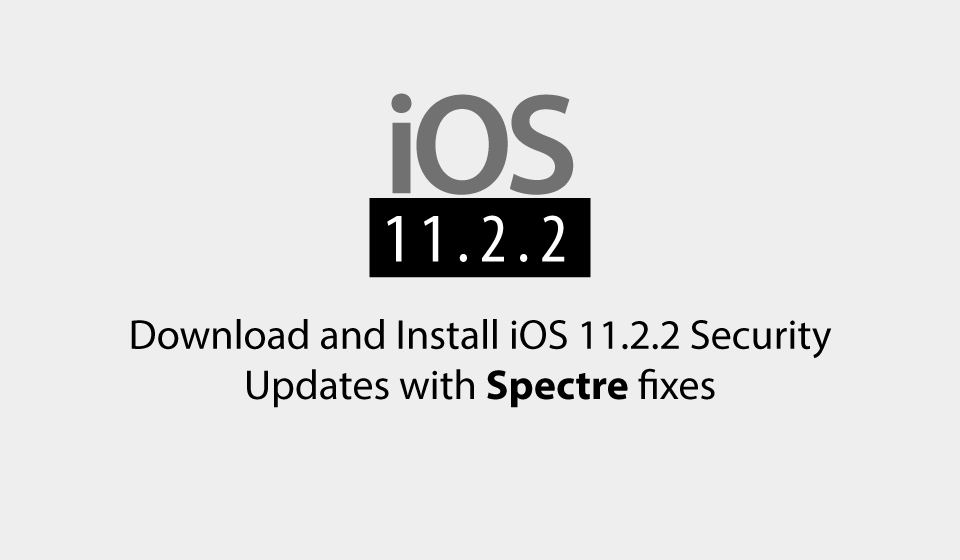 This minor update to iOS 11 is security improvments and bug fixing that hopfuly fix the Meltdown and Spectre security issues. So go ahead and update your compatible iPhone and iPad to iOS 11.2.2.

Which iOS update method is easy?

iOS Over-the-air update method is simple and easy. You can update iOS OTA wihtout connecting your device to the computer. In case OTA over-the-air update doesn’t work or you dont have enough space on your iPhone or iPad to hold downloading files then you must try updating through iTunes on your macOS or Windows PC computer.

An easy way to update iOS is OTA over-the-air. But, before Installing iOS update its safe to backup your device either to iCloud to using iTunes.

Be patiant when you updating over-the-air and you can keep using your device while iOS 11.2.2 downloading.

Next Post How to Import SIM Card Contacts to Your iPhone