Microsoft released its new update for windows along with the windows server 2016 named Windows 10 KB14000347 update on August 21st. This update contains microcode Intel CPU which is related to the Spectre Variant 2 (CVE 2017-5715 [“Branch Target Injection”]). 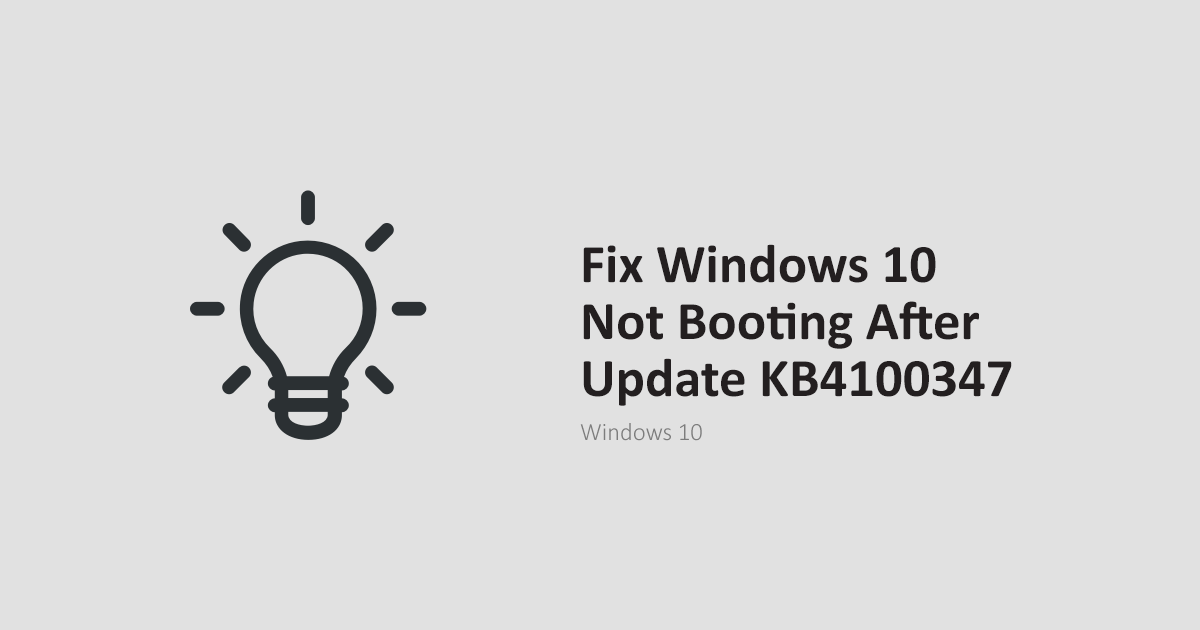 After updating it may work like charm for some users and they don’t feel anything wrong with their windows but it’s causing problems to others. Many users reporting that they are problems after installing this update like unable to boot Windows 10 or some of them having performance issues when using Google Chrome, playing music or playing with other applications. This Windows 10 KB14000347 update especially affected Xeon workstations.

To solve this glitch many users formatted their windows drive and install the new windows 10 from scratch and lose their data. But there is no need to install new windows 10 to your machine, there is a trick which helps you to undo this windows 10 KB14000347 update and your computer will work like before in no time.

Congratulations, now you can successfully able to boot your computer again with any kind of loss. If you haven’t installed this window 10 KB14000347 updates, then try to avoid it before you get yourself the trouble.

Still, need help? Please leave a comment below and we will try to solve your problem, Thanks.

Dos this work on Windows 7