S voice app is really useful app in Samsung Galaxy devices that can make your device bit different from other when you control and perform different tasks using this app. In this guide you will see how to customize S Voice wake-up command to use your own command, change S Voice language, and how to find default S Voice commands to perform different tasks like calling a person, writing a message, Turn on or off WiFi / Bluetooth and much more. Lets see how to do all this.

Double press the home button, say wake-up command “Hi Galaxy” or custom commands that you setup for Samsung Galaxy series mobile phones or from apps open S Voice. If you are running S Voice first time then you will see a wizard that will help you to learn some basic functionality and also setup basic options.

Suppose you don’t know what to say as a command to your Android phone to call a person or to perform any other task. You can find the default S Voice commands from the S Voice app help menu. 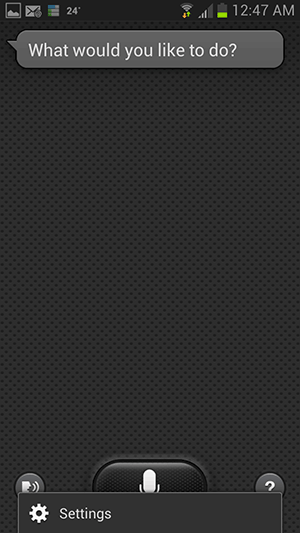 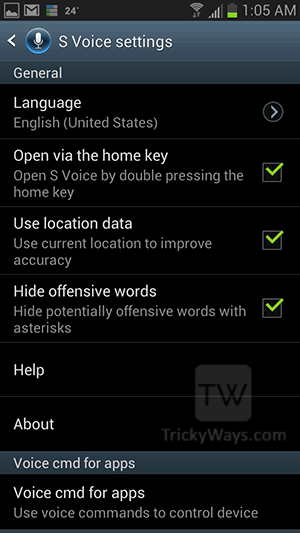 To change commands language on Samsung S Voice, open it and tap the Menu button and select Settings option, Tap Language option and choose your commands and interface language for S Voice from the given list of Languages. If S Voice language is already change to different language that you can’t understand then you need to tap the first option “Language” after opening the S Voice settings.

You can setup different wake-up commands for you phone to do that, open S Voice Settings and and scroll down to “Wake up” section and tap the “Set wake-up command” option. Here tap the “Wake up S Voice” option and this will ask you to tap the mic button and record your own wake up command for your phone.

Previous Post How to Update iPhone, iPad, iPod Touch to iOS 7.1 OTA or Through iTunes