Apple launched its brand new MacBook Pro in two screen sizes with retina display and in two different colors Gold and Space Gray. These MacBook Pros are the lightest and thinnest ever and you can say these are better than any notebook in history.

It comes on 13 inches and 15 inches and Gold and Space Gray colors in all metal design on all sides. New MacBook Pro is 14.9mm thin and 19% thinner than older MacBook Pro. It’s also small in size almost 23% in volume, which mean it’s 25% smaller as compared to older MacBook and its Weighs is 3 pounds.

Display of new MacBook Pro is 67% higher in contrast and brightness ratio and also has 25% more colors. It’s thin as 12 inch MacBook and consume less power.

It also has a new keyboard which has a touch bar as rumors said with improved second generation design. Its multi-touch and responds to gestures and taps. It also gives QuickType suggestion like iOS. It can be used to increase or decrease brightness level, control volume. The main feature of touch bar is it can adopt whatever application you are using.

For example, if you open safari, then it will show you the buttons for your favorite website and back button. Search fields, social sharing etc.

Touch bar also has emojis. You can also change the color and size of text through touch bar, insert emojis. It also helps you to pay on safari using touch bad with Touch ID.

You can also customize it according to your need. Just drag buttons from Mac screen to Touch Bar control strip. Touch Bar support is also coming to Word, Excel, PowerPoint, and Skype for Business. It supports up to up to 10 inputs from your fingers. It can also enable the next-generation of DJ software.

It supports with built into iWork apps like iMovies, GargeBand, Terminal, Pages, Keynote, Numbers and others.

For the first time, Apple brings Touch ID to Mac which means you can now log into your account on Mac with the fingerprint. It has second generation speed like iPhone 6 series.

It’s right on the power button and covered with sapphire crystal. You switch quickly between accounts using Touch ID.

15 Inches MacBook Pro models have Core i7 6th generation quad-core processor with 2133 MHz memory. Up to 2.3 faster than older generations. 4GB VRAM, 14nm GPU, and Radeon Pro Graphics which is 130% faster which means games will be 60% faster and video editing also get 57% faster. New SSD drive which supports up to 3.1 GB/s with up to 2TB storage. But standardly it has 256GB and 16GB Ram. 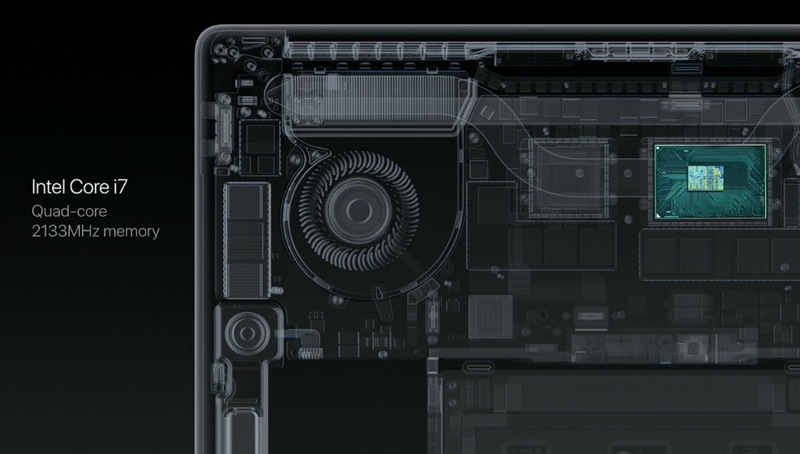 13 Inches MacBook Pro model have a dual core Intel Core i5 or i7 processor with 3133 MHz memory. Intel Iris 64MB eDRAM graphics which up to 2x faster and same SSD drive as 15 inches MacBook Pro have. It’s 103% faster in gaming and in video editing and 3D graphics it’s 57% faster. This model has 8GB ram and 256GB SSD drive. 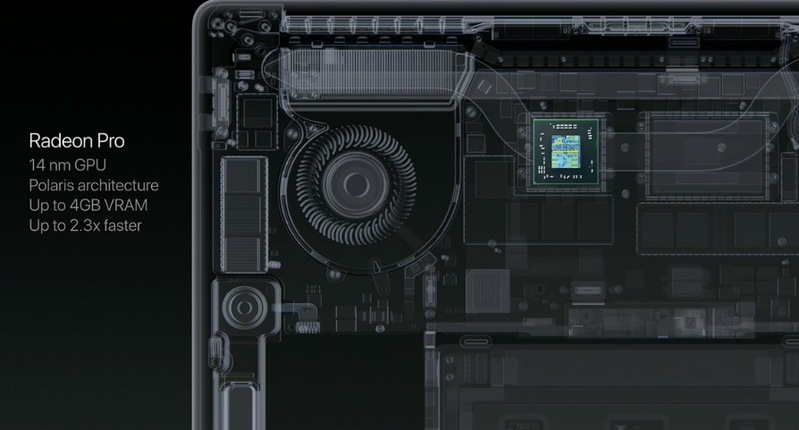 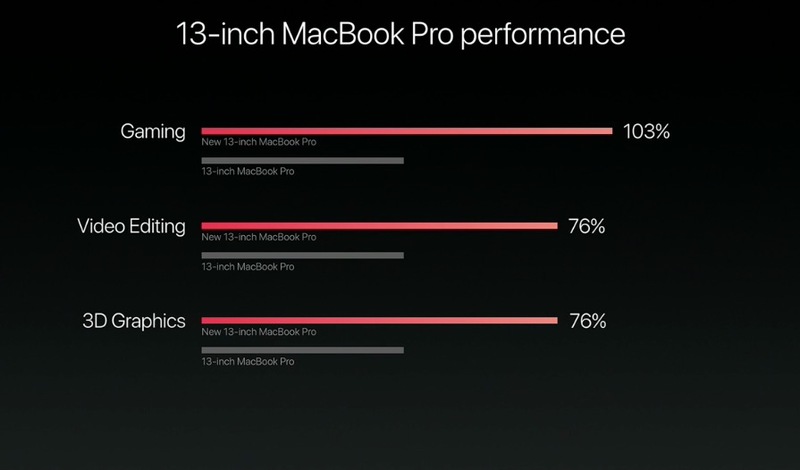 Both have models have 4 USB C type 3 ports, 40GB/s bandwidth, 2nd generation USB 3.1 which can transfer 10GB/s and 2 display ports. It also has HDMI, USB, Display Port and VGA out.

New both MacBook Pros have up to 10 hours of battery life.