Although, the previous version of Redsn0w jailbreak iOS 5.0.1 beta, which was released for developers only but now the iPhone Dev Team has updated Redsn0w 0.9.9b8 that natively recognizes 5.0.1 beta so you do not need to point 5.0 IPSW trick. 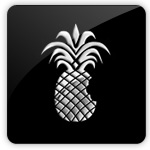 “Redsn0w version 0.9.9b8 will natively recognize the 5.0.1 beta that Apple let developers start testing this week (so you don’t have to play the “point at 5.0 IPSW” trick). Because the IPSW isn’t public, you’ll still need to provide it once to redsn0w (at which point it will cache all the important pieces so you don’t need to select it again).

For those 3GS and i4 users who preserve their baseband, the Mac version can also produce the NO_BB_* custom IPSWs for 5.0.1. (But please note that ultrasn0w doesn’t get updated for betas like this.)

This is still a tethered jailbreak for all except old-bootrom 3GS users.”

Rredsn0w 0.9.9b8 is a tethered jailbreak for iOS 5.0.1 beta and its not ecommended for users who rely on unlock.

Previous Post How to Sync iBooks Bookmarks to iPhone, iPod Touch and iPad