Finally, the wait is over and the Chronic Dev Team has released untethered jailbreak GreenPois0n Absinthe, for iPhone 4S and iPad 2 over iOS 5.0.1. 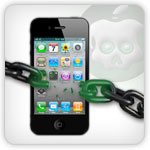 The ridiculously complex combination of exploits-within-exploits that make this iOS jailbreak possible have consumed thousands of hours of brain-power & effort from a legion of world-renowned hackers, several of whom have been working diligently on this project since the dual-core A5 processor was unveiled by Apple last March. Ten months ago, I myself was live tweeting from a tediously long line at the nearest Apple retail store, where I anxiously waited to become one of the world’s first owners (& hackers) of the newly-released iPad 2.

Next Post How to Do Untethered Jailbreak iPhone 4S over iOS 5.0.1 with Absinthe