This year’s new iteration of iPhone, as iPhone 5 is unveiled by Apple at its media event where Phil Schiller has announced the iPhone 5 price, availability and supported networks details which you can find after the break. 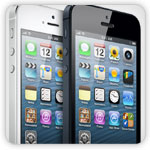 iPhone 5 Supported Carrier/Network
iPhone 5 will be available from AT&T, Bell, Verizon, Sprint and many other carriers worldwide.