Cut the Rope is one of the most popular iOS games that have 4+ rating and downloaded more than 100 million times from app store. Now ZeptoLab a UK based company released Cut the Rope 2 and its available to download for iOS devices iPhone, iPad, and iPod touch. 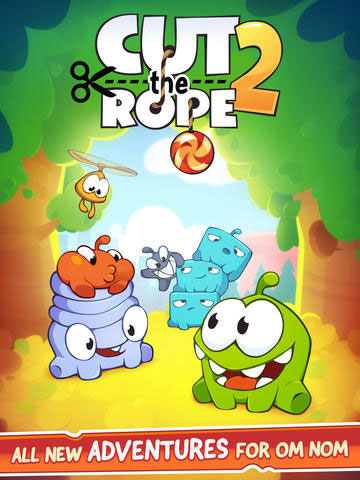 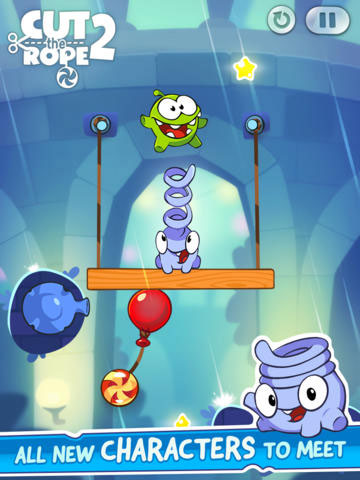 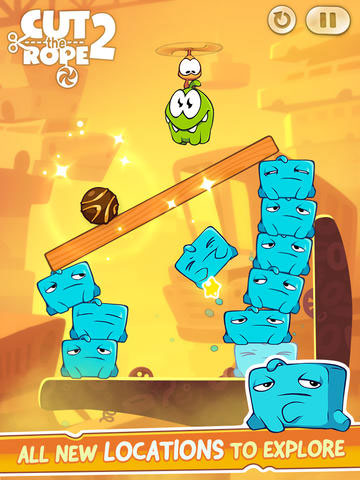 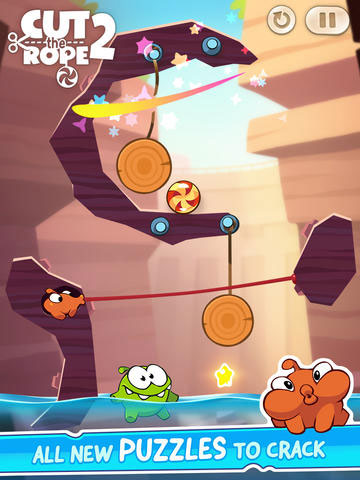 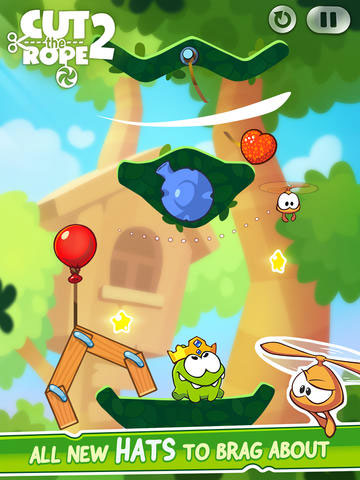 SWEET! Cut the Rope 2 has arrived! With new characters, fresh gameplay elements, tricky missions, and, of course, Om Nom, candy collecting has never been so fun!

In his unexpected adventure, Om Nom breaks out of his box and travels through lush forests, busy cities, junkyards and underground tunnels, all in pursuit of one goal – CANDY! Along the way, he encounters the Nommies, the cutest candy collecting helpers a little green monster could wish for!

ALL NEW CHARACTERS TO MEET! Find 5 new characters, the Nommies, to help you on your unexpected journey.

ALL NEW HATS TO BRAG ABOUT! Customize Om Nom, choose your favorite candy and select your finger traces.

Familiar to play, yet challenging to master, Cut the Rope 2 brings fresh challenges and unanticipated obstacles to the candy crunching, physics-based phenomenon that has delighted millions of players around the world! If you like Cut the Rope, you’ll love Cut the Rope 2!

Don’t waste any time – exciting surprises await! Help Om Nom find his way home…out of the forest, through a pond and a junkyard, into the city and beyond!

Next Post How to Jailbreak iOS 7 to 7.0.4 on iPhone, iPad, iPad Mini iPod Touch