I have a Macbook uni-body model with a decent battery timing but its battery was swelling resulting in lifting the trackpad of the Macbook, hence creating problems to use it as well. After some research and tinkering with the problematic battery, I found out that the culprit is the Gasses created within the battery resulting in a swollen battery. So all you need to fix the problem is to release the gas created inside the battery. I research internet and found the following suggestions before doing it. We can fix swollen battery by releasing its gas from it. In this guide I’m going to show you how to fix Macbook’s swollen battery by simply releasing the gasses created inside it. But please make sure to read the complete guide carefully before attempting it.

Caution: You are going to play with lithium battery which is explosive and can harm you. I am not responsible if anything goes wrong. This might be dangerous if you do it with charged battery, so try to discharge it, don’t expose it to the air and also be careful of its fumes. We are going to make some holes into Macbook’s battery, if you’re not comfortable with this, you better buy a new battery.

First you need to remove battery from your Macbook and then using a screw driver you need to open all the screws on the battery.

I recommend you to buy this set, It has almost all the screwdrivers needed to perform different types of DIY projects including this one.
Buy Now

As you can see my Macbook battery has swollen to the extent that it is now lifting its cover and also the trackpad, creating problem to use it. I think the battery swelling issue is due overheating or it might be the factory problem. Because I have another Macbook, using it same way and don’t have any battery swelling problem.

Now it’s time to take the actual lithium battery out of its cover. On both sides of the battery, there are black plastic pieces where screws was tightened. Remove flat side piece as shown in the picture below and then pushed the battery from its cover towards the opposite side. 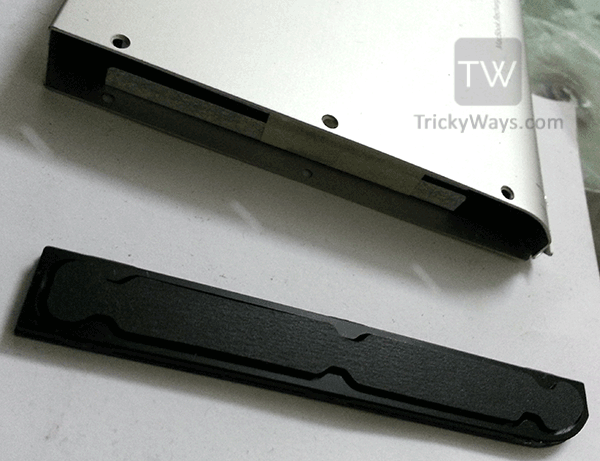 If battery is swollen too much then you might not able to push it out easily so I recommend you to open the folded battery cover to loosen it a little bit, so you can easily slide it out and disassemble the macbook battery. 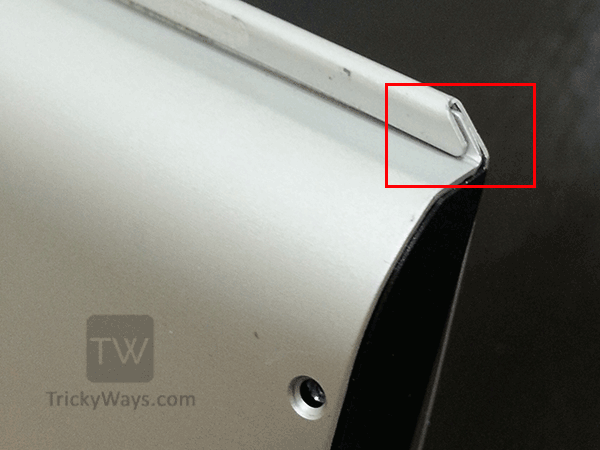 Using flat screwdriver try to loosen the folded edge of the cover. I suggest you to wrap tape an small piece of tape on the screw driver to avoid damaging the cover.so you don’t damaged the cover, as i did. 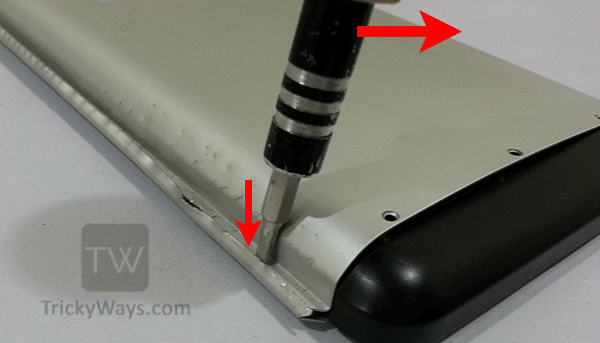 Once you loosen the cover remove the Lithium battery. As you can see in the picture, all six cells of my Macbook battery were swollen. Here’s a view of top and bottom middle cells of my battery. 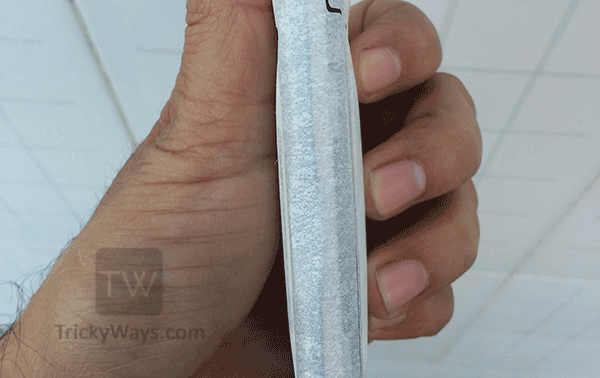 Now it’s time to fix the swollen Macbook battery issue, but first make sure that:

You need a needle to create tiny holes on each cell of the battery and release the gas from inside it. You need to peel the tape a little bit first and then create a hole into it. Dig a hole with needle in flat position. Don’t just vertically push the needle inside. 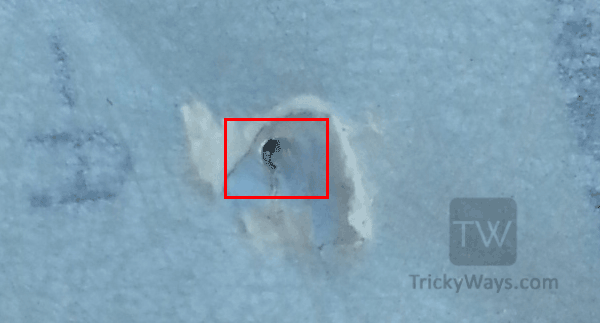 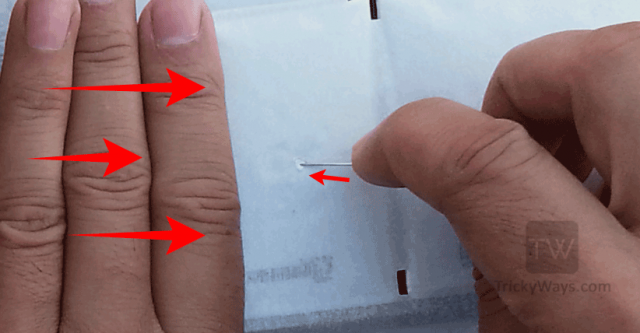 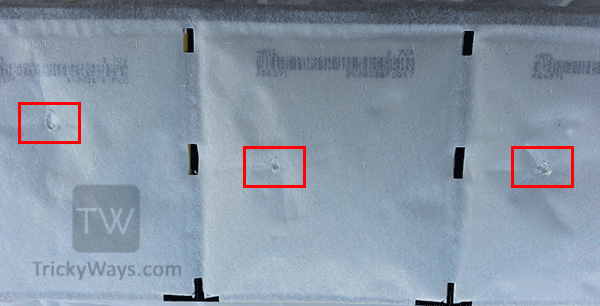 🙂 This is what happened to the needle when I pushed it vertically inside the cell – it’s melted. 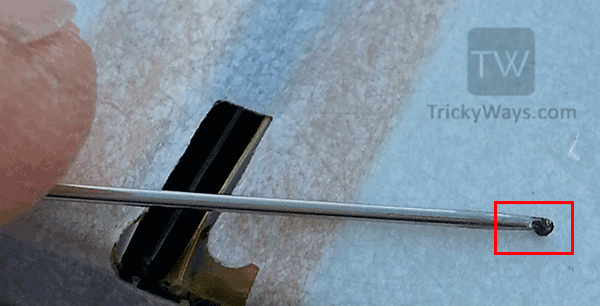 Once you’re sure that most of the gas has been discharged out the the cells, close the tiny holes with the tape as shown in the picture below. Use a strong glue paper tape.

Now reassemble the battery cells into the battery cover. You can see that my swollen Macbook battery is back in shape.

Don’t forget to share your experience in the comments section below.

This can easily cause overheating to the battery and eventually explode! – DO NOT DO THIS to your batteries. Just get it replaced!