Pangu is the latest jailbreaking tools which covers iPhone, iPad and iPod touch running on iOS 7.1 to the current 7.1.2.The Pangu jailbreak suddenly came from nowhere first it was said to be fake but just after few hours of release it was proved to be real and working. The jailbreak was first doubted as many fake jailbreaks surfaced ground before Pangu jumped in. The team of chines hacker’s was behind creating the Pangu jailbreak. 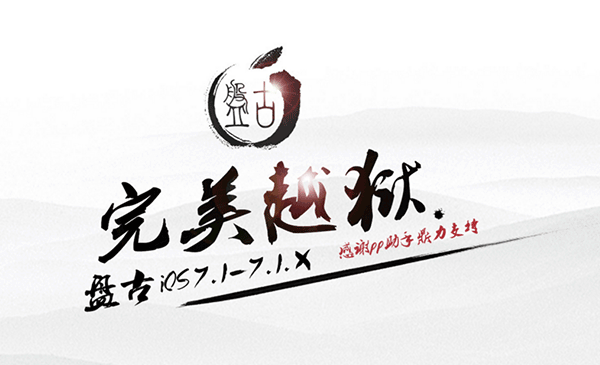 Those of you who are Windows users and are facing crashing problem Pangu team has come up with a solution for you. Pangu jailbreak team has updated their tool to the version 1.2.1 to fix crashing issue on Windows. It should be noted that the crashing issue is effecting some users and if you have successfully jailbroken your iDevice already you do not need to re-jailbreak your iDevice again. Download the latest Pangu jailbreak tool version 1.2.1 it will be helpful.

Although Pangu missed the Pwnie award that pangu was nominated for but still they have a name in iDevice world. Pangu team previously used the exploit discovered by iOS hacker i0nic and later in version 1.1 they used a different exploits even after iOS 8 was announced which was said to be a big blunder by iOS hacker community. The team promises to provide with future jailbreaks. Which team wins the race for jailbreaking iOS 8 time will reveal. If you are one of those facing issues in jailbreaking your device you must get downloading latest Pangu and jailbreak your device using Latest Tool. Download links are now live so get downloading now.