An App introduced by T-Mobile now lets you unlock your smartphone, T-Mobile one of the major cellular carrier of United States has taken step and started Mass unlocking program with the help of an App. The App is named as “Device Unlock” and is available to download at Google’s Play Store and is free you don’t have to spend a penny. But wait before you get over excited, there’s a catch. 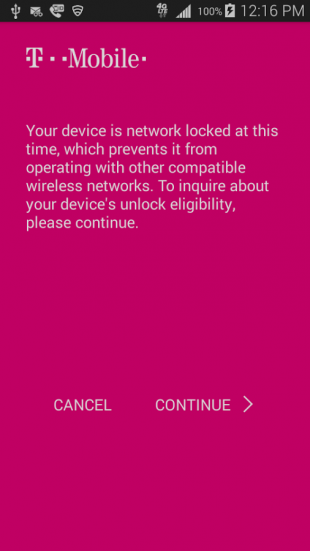 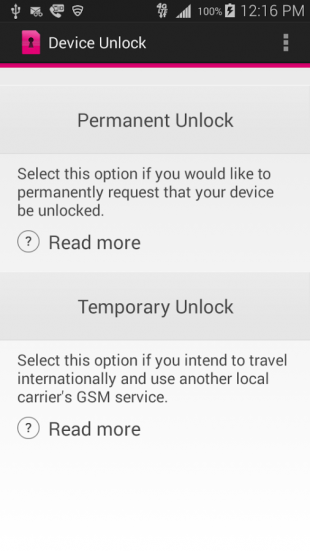 At the moment the App only unlocks a mid-range Samsung device Galaxy Avant, After you have downloaded and installed “Device Unlock” successfully there are two options prompted i.e. Permanent Unlock which means you want to request a permanent unlock for your device to use it with different network and then lies a Temporary unlock which means you are traveling to some other region and need to get your device unlocked for a specific time while you are outside U.S to use it with a different carrier.