As we all know that Apple has publically released its latest mobile operating system iOS 8. iOS 8 is packed with bunch of exciting new features like custom widgets, Enhanced Messaging and a new notification center is added. Although iOS 8 has almost same User interface or it can be said it is the more polished iOS 7 as there are very minor differences in user interface. iOS was something almost every iOS user had been waiting for. Most of us with iOS compatible iDevices iPhone, iPad and iPod touch would have updated to the latest iOS but on other side most of iOS users who love to modify things in iOS are waiting for iOS 8 to be Jailbroken before they update. As at trickyways.com try to keep you updated regarding your Tech based needs we have come up with iOS 8 Jailbreak status.

Talking about iOS 7, Evad3rs jailbroke the early builds while team Pangu, a Chinese team, came up with jailbreak tools for iOS 7.1 or later. According to a German security researcher i0n1c, “Apple has not patched all the exploits found in iOS 7.1.1 with the iOS 8 betas”. Which means, while Pangu won’t work for iOS 8, there is a good chance that a new jailbreak could be developed for iOS 8. But it depends on Apple, whether they have patched these loopholes in the final release of iOS 8 or not. 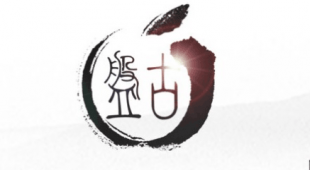 According to Musclenerd famous and well known iOS hacker and developer,

“If you update to iOS 8 you will lose your jailbreak that you have on iOS 7.x, and once signing window is closed for iOS 7.1.2, Downgrading won’t be possible. “As a note if you love your device jailbroken do not update your iDevice to preserve your jailbreak.

Talking about the Chinese team Pangu, They might be coming up with a good news soon, they posted at Weibo is translated in to English as,

“iOS 8 there one day time will be formally released , except when the estimated iPhone4 alia, the phone will not brush 7.1.2 firmware , and want to jailbreak , please pay close attention to the last time . iOS8, we have been on the road …”

The note collectively makes no sense but anyone can get a clue from the last line. Which proves that iOS 8 jailbreak is in process and might come out soon as hackers and developers are working over it from all around the world. Well we are not sure if and when iOS 8 jailbreak comes out or not? But we do have a clue that someone somewhere is working over it!

Next Post How to Downgrade iOS 8 To iOS 7.1.2 For iPhone, iPad, iPod Touch