Microsoft has finally came up with something, something that matters. It’s been a while since Microsoft’s next Windows operating system has been the center of discussion, it made us more curious about its name, even added curiosity more fire by some screenshots. And Today Microsoft took a step and announced something new, something we all have been waiting for! What is it? Find out below!

Microsoft has finally revealed its upcoming Operating system, Microsoft is going to name its upcoming operating system as Windows 10.Here we have come up with everything Tech Company has come up with! Microsoft’s lonely rumored Project Threshold was expected to be emerge as Windows 9 and other suggestions were also revolving like Windows X and Windows one. The tech giant finally announced it Windows 10. Remembering that Windows 10 was followed by Windows 7 and 8 and considering Windows 8.1 a major release.

Windows 10 brings it users a source content for all devices running its software from one central point. There will no longer be a different AppStore for Xbox, Windows phone or Windows, apps, music, video and other such effects will be plucked from the same portal.

Start menu had been the key element of Microsoft Windows but it disappeared, the removal of start menu was disliked by many users. But the good news is traditional start menu is coming back. It has a modern interface and start menu tiles can also be resized. 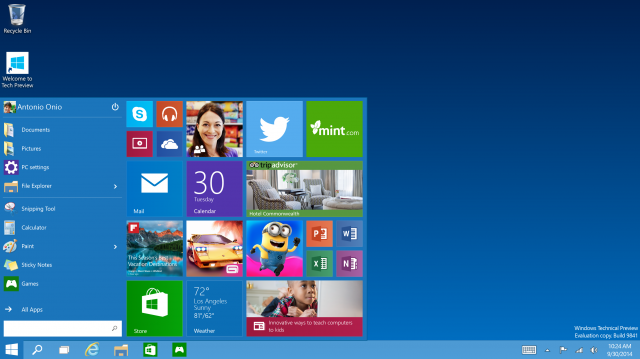 If you boast a two in one PC a brand new start screen is for you. Windows 10 will detect which sort of hardware you’re running and it will adjust the user-interface to fit your needs.

Search is also enhanced in Windows 10, Local and web searches can be done from start menu.

Multitasking is very important these days as we love to do various stuff at the same time and with Windows 10 Microsoft has made multi-tasking more simple and enhanced. 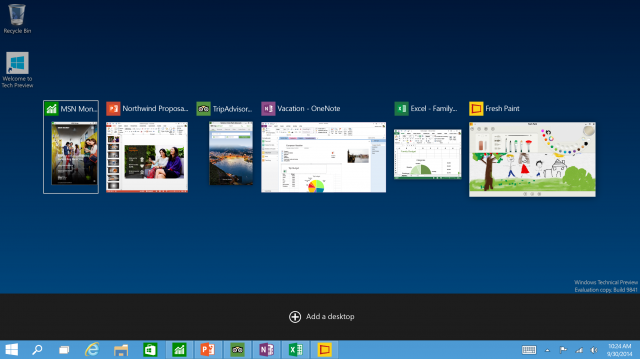 With Windows 10, users will be able to create multiple / virtual desktops, allowing productive, organized folk to arrange separate desktops for different tasks, while those messy folk can make a real mess over several plains rather than just the one. 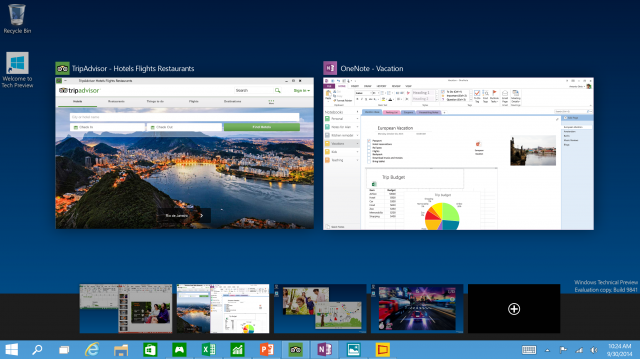 Windows for all Devices

The Next version of Windows is designed to work for all devices, from 4-inch phone, all the way up to a mighty 80-inch display.

The Technical Preview of Windows 10, which has been referenced ad nauseam over the last couple of months, will be available for users to test starting October 1st, 2014. Users will be able to test Windows 10 by Windows Insider Program , like Apple’s new OS X Beta Seed program, which allow regular users to test drive unfinished software. Details can be found at: preview.Windows.com. Microsoft is expected to release Windows 10 in middle of next year after the annual build is ready. There are no words about pricing by Microsoft yet.