Nexus 5X and Nexus 6P phones comes with Android 6.0 Marshmallow pre-installed on it. I already installed OTA update on my Nexus 5 and hope other are also seeing update notification on their phones. Nexus 5 and Nexus 6 are getting over-the-air updates and this Marshmallow updates will be available for old Nexus 7 (2013) and Nexus 9 tablets as well.

Below, see the list of devices that going to receive Android 6.0 Marshmallow updates, different devices by companies like Samsung, LG, Sony, Motorola, etc. 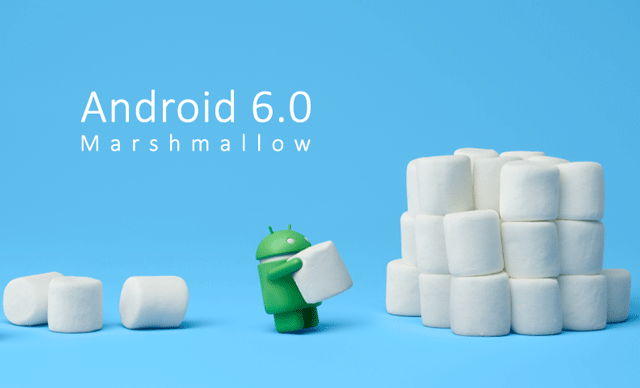 Leaked Marshmallow updates roadmap shows when and which Samsung phone model going to get this update.

To install over-the-air updates you can got to About section in your device’s settings and then check for available update. You can also download and install Samsung Kies software. Run Kies, connect you device with the computer and check for updates.

Official tweet shows that which HTC phones are going to get Android 6.0 Marshmallow update. HTC One M9 and M8 will be receiving updates by end of 2015 and other devices listed below will get updates later.

The following Sony Xperia phones, tablets and phablets will get Android 6.0 updates but, no timeframe.

Nexus 5X manufacturer is already working very closely with Google and this might give advantage to release updates quickly for their device. Poland and South Korean users of LG G4 phones are receiving Marshmallow updates. LG G3 users in Poland are expected to receive it by December 18. T-Mobile also shown list of device that going to get Android 6.0.

Android 6.0 Marshmallow update plan for Asus devices posting on official forum with the list of devices that will receive Android M update.

Official tweet shows that following honor devices will be receiving update by Feb 2016.

following Huawei devices will also get Marshmallow but dates are not confirmed.

Those who using OnePlus One will be able to enjoy Marshmallow early 2016. OnePlus X are not out of luck and will get this update too but not timeframe yet. The OnePlus Two will get Android 6.0 in first quarter 2016 officially announced.

If you are owner of any other device like Nexus 4 or older Nexus 7 that don’t have official Android 6.0 Marshmallow then your should search for custom builds that can be found easily on rooting community websites.

If you know any other device that’s receiving Android Marshmallow update and not listed here then share with us below in comments.

Previous Post How to Use Hidden File Explorer in Android 6.0 Marshmallow