Don’t hand over your iPhone to anyone with iOS 10 beta installed on it. In iOS 10 beta releases there is a bug related to quick message reply from lock screen. Quick reply allow users to reply Twitter, iMessage and other messages from lock screen without having to enter Passcode or any kind of authentication with touch ID. This issue persists even while the disabled in settings and also applies to other messages apps. So be careful, anyone can reply your messages.

This bug is exist in all iOS 10 beta developers or public beta 1 versions. Users who received messages in Twitter, iMessage or any other app that supports such replies are able to quickly reply from lock screen via swipe gesture or 3D touch which open a quick reply box with iOS 10 keyboard for typing the message. Normally behavior, It should ask for the Passcode input but in majority case iOS 10 allows to reply freely without entering any kind of fingerprint or PIN even if the message option is disables (under settings > Touch ID & Passcode). 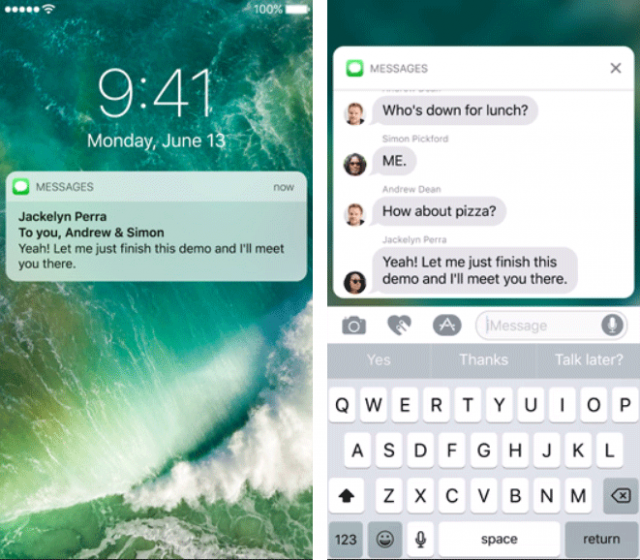 You may also check iOS 10 Multilingual Typing Without Having To Switch Between Keyboards and check all the Apple iOS 10 new features.

In current beta this bug doesn’t make users Camera Roll available during Quick reply process which means videos and photos are safe behind the Touch ID fingerprint, PIN or password.

This is still in beta so Apple may fix this issue by time. So this issue doesn’t spears to everyone which means who don’t have this issue can also turn it off if they want. To turn it off follow the steps below.

Next Post Update: Google Photos Gets New Features for iOS