With every iOS beta update Apple add some features and tweaks to refine iOS operating system. This update is available as over the air download for those who installed the beta configuration profile or first two betas.

This version of beta released with some bug fixes and improvements with build number 14A5346a. This beta 8 of iOS 10 version is currently not available for public beta tester. 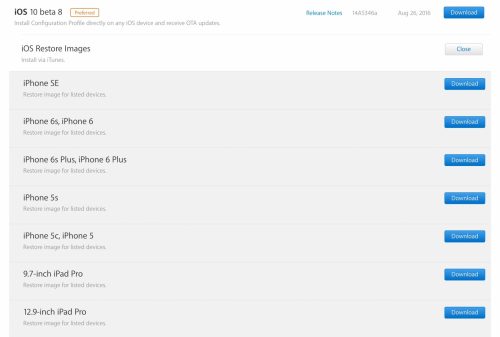 this beta of iOS is available to download over the air just on compatible iOS devices like iPhone, iPod Touch and iPad. you can access this update by going into Settings > General > Software Update.