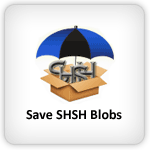 According to official blog:

“Thanks to an especially determined user (@szr8) I finally squashed a nasty bug that caused Windows users’ TU to crash on startup. Apparently it was something stupid that I was doing that I thought i wasn’t doing. Either way. Many of you have voiced this issue but now it’s fixed. This fix affects you if TU would crash on startup with “LibraryFinder” errors in the log.”

Previous Post How to Delete Multiple Photos on iPhone or iPad