Free Apps: Apple is giving some of creative and productive apps free with iPad Mini 2 including iPhoto, iMovie, GarageBand, Pages, Numbers, Find My iPhone, Find My Friends, Remote and Keynote.

Battery: Apple iPad Mini 2 is powerful because of A7 chipset and its 4 times faster than previous generation of iPad mini but still it gives good battery time of 10 hours to read, create, play, and build whatever you want.

Apple iPad mini 2 with retina display will be available later in November, 2013.

iPad Mini 2 with Retina display is only lesser in size but it has the same specs like iPad Air-iPad 5 including Retina display, 2,048 x 1,536 resolution, A7 chipset, M7 coprocessor. 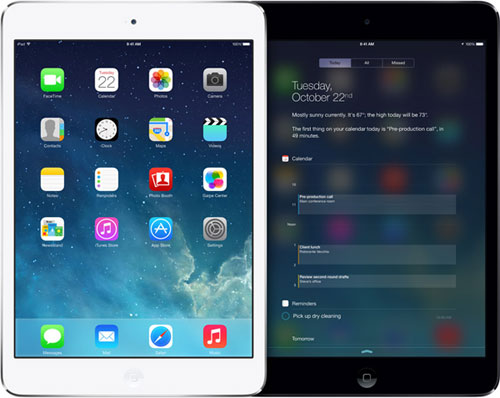