Windows 8.1 Update 1 is officially announced by Microsoft and at the moment its also available to download for 32 or 64bit operating systems as an ISO image file for the subscribers of Microsoft MSDN and TechNet. Alongside, Microsoft also released Windows Server 2012 R2 with Update 1 for the TechNet and MSDN users, Microsoft developer gets the opportunity to download update 1 for Windows 8.1 bit earlier as it will be available to all other users on April 8th. 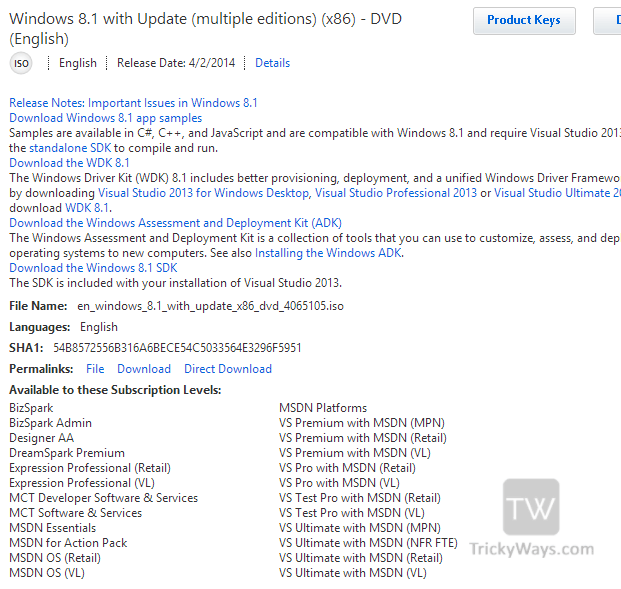 Microsoft announce that Windows 8.1 Update 1 will be available free to all users via Windows Update on April 8th 2014.

If you are MSDN subscriber and interested to check out the new update before this release date, you can download Windows 8.1 Update 1 or Windows Server 2012 R2 with Update 1 right now.

This minor update of Windows 8.1 is steps towards the next Windows big update, may be Windows 9 and there are few new feature that you may want to know.

Boot to Desktop is Default

In this Windows 8.1 Update 1 users of non touch PCs will be sign in straight to the Windows desktop instead of going in Start. However in Windows 8.1 there was an option in “Taskbar and Navigation properties” that when user sign in or close all apss on the screen then it will go back to the Desktop instead of Start.

Power button to Sleep, Restart, Shutdown your PC is available on Start screen on top-right side of the screen. Also you can press Win+X keys from keyboard to see quick access menu that includes power options.

Search button on the Start screen is another addition, however the old search method will also works fine.

Tiles Customization is now more easy, you can just right-click on tiles and a menu will popup so you can choose Pin, Unpin, Uninstall, Resize and options.

Windows old Start menu may be returned in future updates of Windows with modern UI and tiles.