If you are one of them who have been following us since more than a month back. We brought up with many leaks and rumors regarding Apple’s next generation up-coming Smartphone, iPhone 6. iPhone 6 has been the center of attention since long and had to face a huge number of leaks and rumors from its parts to the release date. Which is something Apple is not liking at all. As the release date comes closer and closer most of the leaks and rumors have proved to be true. We have come up with one of that kind, want to know what is it? Find out below.

There were many Rumored release dates of iPhone 6 before August including September 19 and September 26.But at the very beginning of august a new rumored release date for the official release of the Apple’s next generation smartphone iPhone 6 jumped in as September 9th.John Paczkowski was the person behind the September 9 prediction. Which proved to be true and legit today as Apple issued invitations for its upcoming September 9th iPhone 6 event and most likely a wearable iWatch is suspected to be announced along!

On September 9th, At the Flint center of performing arts Cupertino, Where original Mac was introduced by Steve Jobs 30 years back. Tim Cook, Eddy Cue et al will take to the stage reveal what is the tech giant coming up with. To be kept in mind Cupertino is where Apple’s headquarter is located. Apple is constructing a three story structure at the site which may be used as a hands on area after presentation. The Event is named as “Wish we could say more” and scheduled for September 9th 10 Am pacific time. 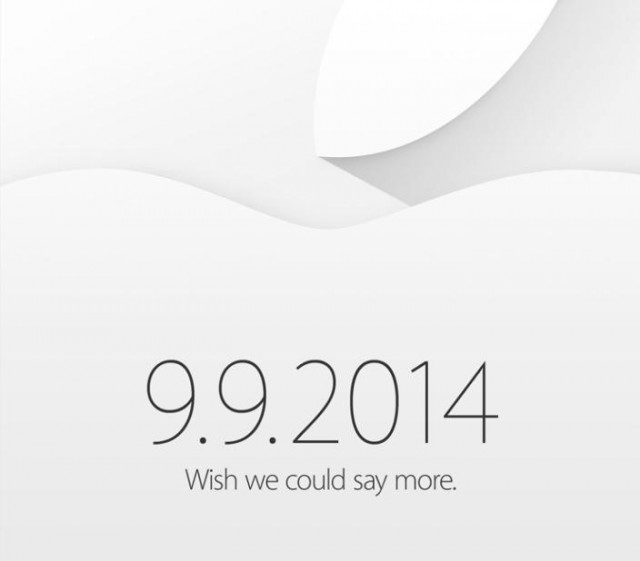 According to past leaks and rumors Apple is set to release two variants of the iPhone 6 a 4.7 inch and a 5.5″ iPhone 6L.With the implementation of NFC the all new dual-core A8 processor clocked at over 2.0 GHz per core, a slim and sleek design Apple has brought much to the upcoming iPhone 6 with performance and looks. Along with the iPhone 6 and iPhone 6L Apple is also set to launch an iWatch which is being rumored since long time now. It’s not long from now when all the leaks and rumors would be marked true or false. As we are not far away from showcasing we don’t have to wait much to see what tech giant is coming up with on September 9th “Wish we could say more” event.