Apple is well known for its customer satisfaction, At Apple the care. Well looks like Apple is well known with the market tactility seems like Apple has exactly the right plan to stay in the struggling tech market of today. Tech Giants are coming up with new and new plans to make customers happy and increase their brand loyalty. In the Race Apple and Samsung are said to be close competitors. Apple has come up with something that will of course please its customers and others would find it sweet too. What is the move? Find out below!

When it comes to the smartphone battery is the major concern for most of the smartphone users. Healthy battery means more juice for your Apps and other daily stuff. Well most of the times iPhone 5 users complaining about poor battery life resulting their devices needed to be charged more frequently. Most of users tried resetting the devices and upgraded to the latest version of software but this was of no use at all. Well sooner or later the issue is now confirmed by Apple. According to Apple the problem is with the hardware of the device itself. For those facing there is a good news luckily Apple took the step. 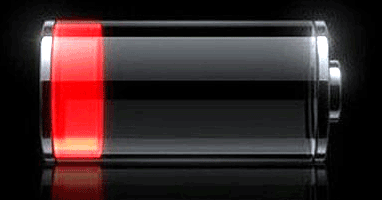 Who is Eligible for that?

Apple made a right move here by starting a free iPhone 5 Battery replacement program but only for those who qualify. Which means of course there is a catch. Free battery swap is only for the customers who bought their iPhone 5 devices ranging from Sep 2012 to Jan 2013 and fall in a limited serial number range well if you are one of them so feel lucky. To check if you are eligible or not head to iPhone 5 Battery Replacement Program and by entering your serial number check you eligibility. According to Apple on Apple support website under their iPhone 5 Battery Replacement Program Apple says:

“Apple has determined that a very small percentage of iPhone 5 devices may suddenly experience shorter battery life or need to be charged more frequently. The affected iPhone 5 devices were sold between September 2012 and January 2013 and fall within a limited serial number range. If your iPhone 5 is experiencing these symptoms and meets the eligibility requirements noted below, Apple will replace your iPhone 5 battery, free of charge”.

If you are one of those who was facing this issue and got the Battery replaced by Paying and you are eligible for iPhone 5 Battery replacement program there is a great news for you Apple will give you a refund for battery replacement yes folks a refund! To be kept in mind entire device would not be replaced under this program, affected devices will get a battery swap free of cost. The Battery Replacement program is now live is United states and china and would be available in other countries from August 29.Apple highlights that before getting battery replaced you must backup your data to iCloud or iTunes. Turn off find my iPhone and perform a full factory reset. You can find out the ways to get battery replaced and other detail at Apple support website under iPhone 5 Battery Replacement Program.

Other than battery replacement Apple is also running iPhone 5 Sleep Wake button Replacement Program which also provides repairs free of cost.Isn’t Apple very sweet with iPhone 5 ? iSo folks what are you waiting for find out your eligibility!