Apple announced iPad Pro along with new physical keyboard and a stylus (Apple Pencil) that can be used with iPad Pro. Tim Cook says “biggest new in iPad since the iPad”, this 12.9 inch iPad features, Price and release date are as follow. 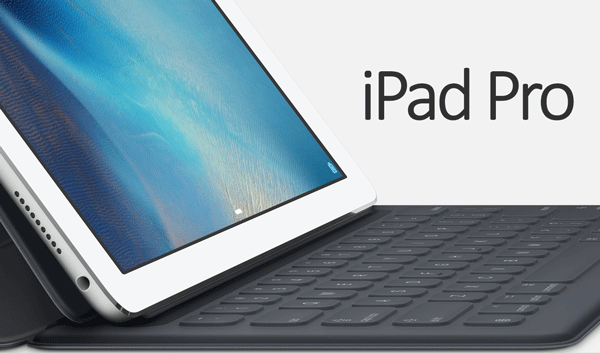 Display : iPad Pro screen size is 12.9 inches with 5.6m pixels and that is more than a Retina MacBook Pro.

Body/Weight : This iPad Pro is 6.9mm thicker and 1.57 pounds in weight which is slightly heavier than the first iPad and 0.8mm thicker that iPad Air 2

Sound : Apple taking care the way you hold it and introduced Four speakers in iPad Pro.

Keyboard : Just like Surface Pro Apple introduced a physical keyboard for iPad Pro as well. Keyboard price is $169 which is very expensive.

Stylus : Apple’s pressure sensitive stylus called Apple Pencil, which is really usefully for Artists to work with graphics apps. But you have to spend $99 to buy this.

Apple iPad Pro starts from $799 and goes to $1079 for a full packed version. Keyboard and Pencil price is not included and you have to buy these two separately.

Next Post iPhone 6s and 6s Plus Features, Specs, Price and Release Dates