iOS 10 Beta biggest released available to download and install for developers. If you are a developer or have access to registered Apple developer account then you can install iOS 10 right now. If you want to test this iOS 10 release prior final public release then instead joining developer program you can signup for Apple Public Beta program so you can get an earlier public beta release from Apple. You must know these beta releases may not stable and have bugs that may need to be fixed. So while using iOS 10 beta be ready for these things. 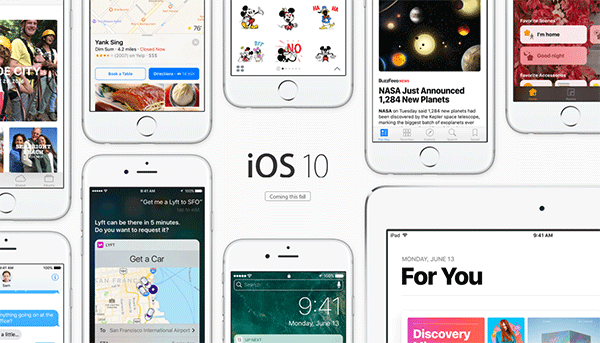 iOS 10 is the biggest release according to Apple and lots of new stuff added to this iOS release. New ways to express yourself by sending big visual messages that will animate according to message text. Visual animations will take over all the screen with balloons when you send a happy birthday message. Maps with new design, Photos app will help to rediscover memories like never before and Siri now can handle more apps. Check our post for more iOS 10 new feature.

Watch this film to have a look iOS 10 features

Compatibility of iOS 10 with different devices: this latest version of iOS is compatible with devices from iPhone 5 to iPhone 6S including iPhone SE and of course iPhone 7 is coming this Fall with pre-installed iOS 10. Those who have iPad mini 2, iPad 4th gen, iPad Air, iPad Pro 9.7 or any iPad that released after these models can install iOS 10. Also iPod Touch 6th gen is compatible with iOS 10. See complete list of iOS 10 Compatible device.

Apple is going to release iOS 10 Final version on 13 Sep, 2016. To install update on this date just go to Settings app on your iPhone or iPad and navigate to General > Software Update section.

According to Apple final version will be available for public this Fall. But, you can download and try iOS 10 public beta releases by joining Apple beta program. If you don’t know how to join this check our guide and you will be notified by Apple when they released Public Beta prior to Final iOS 10.