In this iOS 10.1 beta 5 release, there are no big changes found unlike its same as iOS 10.0.3 which was released to fix iPhone 7 and iPhone Plus cellular connectivity issue. Beta 5 is released for developers with built number 14B72 and public beta with build number 14B72c. beta 5 is larger download, it’s in 1.95 GB.

This Public beta 5 is available for registered Apple developers and those who join Apple public beta program, check this guide if you want to sign-up for public beta program. After joining the Apple beta program you can download this update via over-the-air by going into Setting > General and then Software Update from your Apple iOS device. 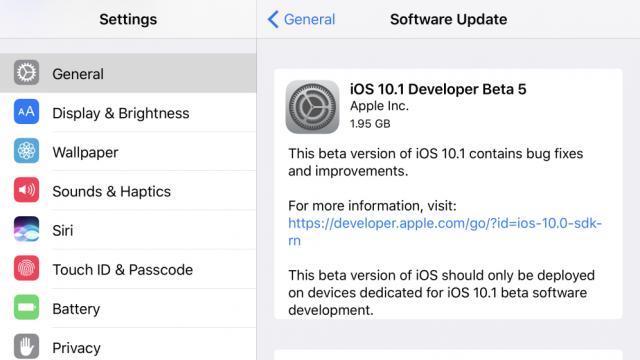 Beta 5 of macOS Sierra 10.12.1 is released just to developers for testing. The build number if beta 5 is 16B2553a. There are no major changes except minor big fixes and performance improvements. This build improves security, compatibility and stability.