Apple has released iOS 10.1 beta 4 to developers and public beta testers right after 7 days release of iOS 10.1 beta 3. The build number of developer’s beta is 14B72 and public build is 14B72b. This release of iOS 10.1 brings minor changes like bug fixes and performance improvements. The main thing in this beta is improved Portrait’ depth of field camera mode for the iPhone 7 Plus. The portrait depth of field camera mode is a software integration that will unlock the full potential of dual lens camera in iPhone 7 Plus. 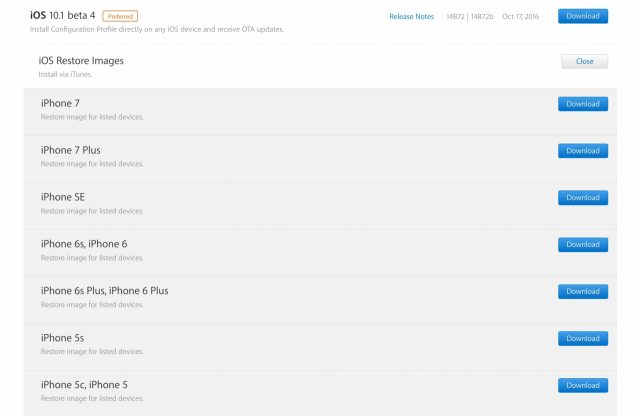 iOS 10.1 beta 4 is available to anyone who compatible iPod Touch, iPad and iPhone can download this update via over the air by going into Setting > General and then Software Update from your Apple iOS device. You can also download iOS 10.0.3 IPSW files directly from Apple or via iTunes.