Looking for the best macOS High Sierra Features? As we all know that Apple’s WWDC 2017 comes with some surprising techs and updates and no doubt, Apple has gained its popularity through customers respect and giving them a huge change in their tvOS, watchOS, iOS, and macOS. 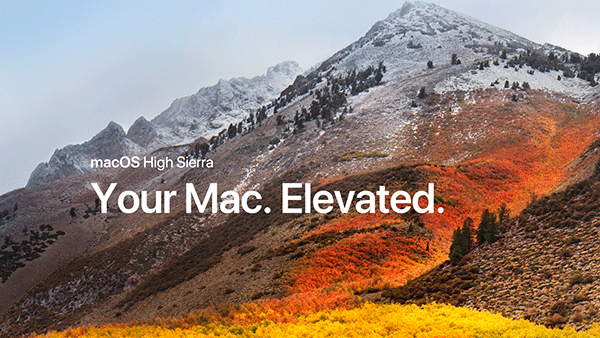 Let’s talk about macOS; we know that Apple hasn’t introduced any more significant change in their macOS since they introduced macOS Sierra back in 2016. And now Apple has decided to add a better version of macOS named: macOS High Sierra in their WWDC 2017 keynote. The company hasn’t given many updates for their macOS as they are introducing new with every new model of iPhone. But this year it seems that Apple has got the attention of their valuable MAC users and finally decided to launch macOS update as macOS High Sierra.

Unfortunately, macOS didn’t get updates as much as iOS but as much as we talk about macOS updates, we are not sure if features been introduced in the past macOS updates may be new for users as much of these features and apps were introduced in the iOS early. However, real Mac users only want updates that may be helpful for Apple-made apps like iCloud, Safari, Photos, etc. if we think or we wish that macOS High Sierra is as astonishing as it sounds, we might get some of the fantastic features this time in the macOS High Sierra. It is believed that users will get the latest update of macOS High Sierra this Fall.

Now, we are going to present a brief description of what Apple is going to offer us within new macOS High Sierra:

In WWDC 2016’s keynote, Apple announced that they were going to introduce a new file system: Apple File System Support by replacing it with HFS+ file system that was running in the macOS for years. This Apple File System was introduced in iOS 10.3 as a fantastic feature. Now, as a built-in function, Apple announced in the WWDC 2017 that Apple File System would be used in the macOS High Sierra. Soon it is coming as a new integrated feature for Mac. So, for users, we are going to give highlight some advantages that how this is going to help out Mac Users in a better way. Here are some benefits of getting macOS High Sierra update for your Mac. First, it is super optimized for flash and SSDs. At least every Mac is now powered up with SSD storage. So, the Company thought to make APFS as the default file system for Macs.

Now, as they have decided to make APFS as a default file system, This File system is believed to come up with improved responses that also involves common task like finding a folder size real quick with Apple File System. If you are looking for a better comparison between the old and new file system, they already demonstrated a video while duplicating files at WWDC. Moreover, the new File System comes with the better safety and security and also supports built-in encryption, crash safe protection and efficient data backups.

Different smartphones companies used H.264 video compression standard for their smartphones. Surprisingly, Apple has decided to move up a little bit and going to introduce a better version of video format, version H.265 also known as High-Efficiency Video Coding(HEVC). For now, this feature is only available for Macs that are 6th-generation built-in with Intel Processors. So, this feature only works more efficient depending on the performance of your Mac. This means H.265 will help you save a lot of space by compressing your videos up to 40%. So that at loading time, less time will be taken by video with the same quality. Now, as a competitor, Google has also introduced a video standard VP9, but according to a survey from Netflix, they believed that H.265 is going to be 20percent more powerful than that of video standard by Google. 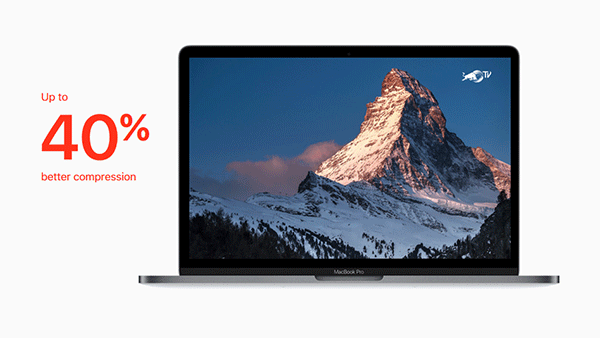 As we know that this only works for videos that are compressed in H.265. also in iOS 11, this standard is used to take videos. So yeah, people are already satisfied with the performance.

Reminding that 3D graphics rendering and other tasks from CPU are dealt by graphics chip pre-installed on the Computer, Apple introduced a fantastic technology named as Metal. Metal is a built-in macOS function, and it sounds so strong and boosting. According to manufacturers, Metal will unleash the full power of GPU for specific apps. Same graphical-accelerated and computational API were introduced in iOS 8that supports OpenGL and OpenCL. 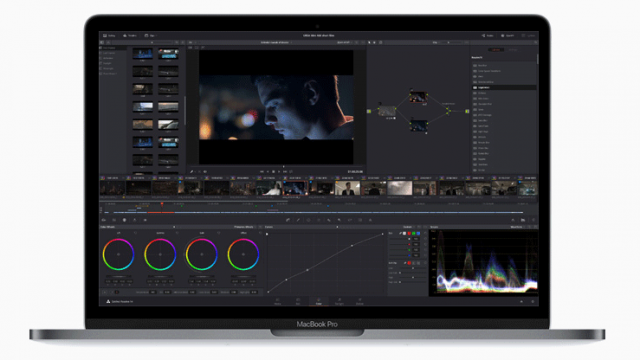 Now, this version introduced in the macOS High Sierra is the 2nd version of Metal which comes up with various functionalities like machine learning, virtual reality & external GPU support. Now, as a reminder, Apple has stated that no doubt about its performance in macOS High Sierra, it can support your external graphics card through Thunderbolt 3 USB-C port and will give much graphics power at the usage. Now that Apple has teamed up with HTC Vive. Developers are planning to create VR experience through MAC.

With some changes in the visual interface, Photos app has been redesigned and got a professional interface by providing a persistent sidebar for easy navigation. The app got more enhanced and memories are divided into subtypes according to their categories like weddings, birthdays, babies and pets. With this, photos will be categorized itself based on its type to a virtual Album. Live photos can also edit with different effects like loop or bounce. The Same feature was introduced in the iPhone 6s. 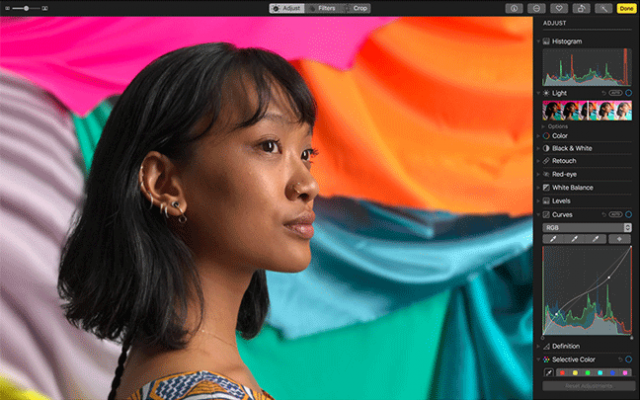 You can also use other editors like Photoshop, Pixelmator to edit your photos and give them more professional look. Photos after editing through these external editors will be saved to its original location( library). Moreover, Apple suggested facial recognition got more accurate and enhanced as if you tagged names to photos and use iCloud photo library, it will automatically sync photos to your devices.

Last but not least, Safari also got a lot of updates and are well appreciated by users. The default browser for Mac got updated more efficiently. Its Intelligent Tracking Prevention is now more updated as you will not see any e-commerce product ad on other sites while visiting after once you visited that e-commerce site. As we are talking about ads, another annoying thing is that little video ad playing on every site make your browsing more like hell, High Sierra automatically prevents from these types of ads.

In High Sierra, reader mode is automatically enabled to prevent every ad on the screen and show what the user wants to read. You have to choose the website so it will automatically kicks-in the reader mode.

Apple also claims that Safari is faster than other web browsers like Chrome, Firefox and Microsoft Edge, etc. Different tests have been conducted, and it is suggested that right now Apple’s Safari is the no.1 web browser for fastest web browsing and it is more power efficient than other browsers especially chrome.

Siri got more enhanced and can help you choose a song by learning your musical preferences from Apple Music you are subscribed to. For an iCloud Drive, Apple makes it more professional by link-sharing. The spotlight would help you a lot in finding the flight the same way you would look into Google. Live photos can be stored directly from Facetime Video Call, and you can also use frequently-used notes from the app. The Notes app gets updated with every macOS update, this time providing support for tables now. When id is activated on other device, iMessages will automatically be synced to the other device. Also, Apple has expanded the family-sharing in iCloud that means you can buy more storage for all iDevices in a house.