As you scroll through the apps in AppStore, a preview video automatically starts playing in iOS 11 or later. Before installing any app on your iPhone or iPad, you might want to stop video autoplay or want a preview video of that app. A quick preview of the app or game helps you to know how this app looks like and then decide wheater you want to install it or not. 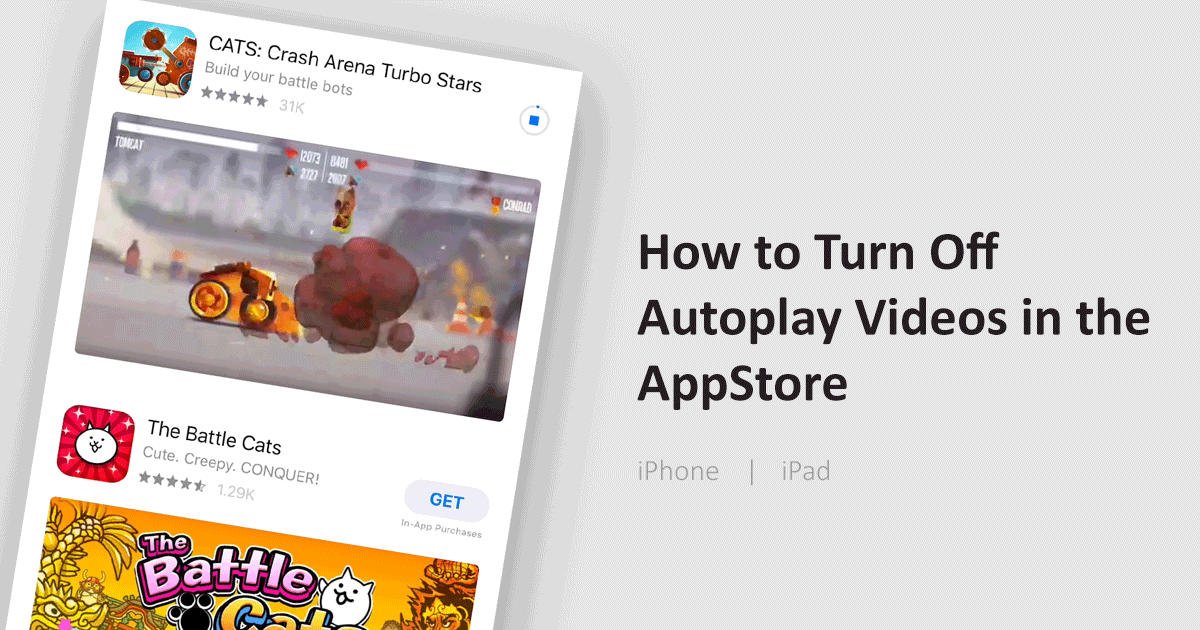 Video autoplay is in favor of the app developers that attracts users. But for the end-user autoplay Video preview may lead to battery drainage, consume cellular data and distraction. Before the release of iOS 11, there was a play button on the video in the App Store so you can manually play it and take a preview of the specific app you may be interested in. Let’s see how to change iOS settings for the App Store to disable video autoplay.

NOTE: This guide is only for those users who are using iOS 11 or later on their iPhone or iPad.

How to disable video autoplay in App Store

iOS is intelligent enough to automatically turn off the autoplay temporarily when you have the low battery or slow internet connection. But, I must recommend you to select “Off” option to disable autoplay video previews.