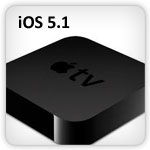 Next Post Updated Chrome with iPhone 5 and iOS 6 Support