Dropbox has released updated Dropbox for iOS that includes improvements for video streaming, support for some new languages including Italian and Iberian Spanish and various bug fixes. 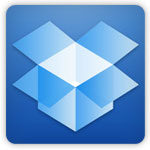 Just to get familiar with Dropbox, its a free web service which let you allow to place your documents, and media files in cloud or to computers, and later you can access those from all of your computing devices or through Dropbox website.

See also:
Dropbox: Double your Referral Credit to 500MB
How to Add PDF Files to iBooks with Dropbox