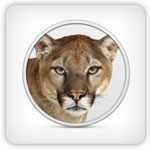 According to Apple latest OS X 10.8.3 builds includes Wi-Fi enhancements, so testers must have a look on that as well.

Next Post How to Clear the iCal Cache on Mac