As it is announced by Google that Google Reader service will shutdown in July, so there are many alternatives of Google Reader are out there and one of those is Feedly’s recently launched Cloud sync service which is the best replacement for Google Reader.

Alongside the web service to replace Google Reader Feedly also released nine feedly cloud applications for different platforms including Windows Phone 8, iOS, BlackBerry and Symbian devices. You can check out the details of Feedly Cloud apps at source.

Feedly Cloud service works on all web browsers, so if you are still on Google Reader then its time to switch on any other service to sync Google Reader subscriptions before the day of its retirement arrived. 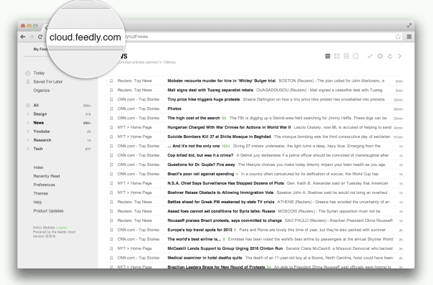 Next Post Restore iOS 6.1.2 Device without Losing Jailbreak with Semi-Restore