On iPhone or iPad we use home and power button simultaneously to capture screen. But on Apple Watch buttons are bit different, one called Digital Crown and the second is Side button. Taking screenshot is bit tricky and you have to press the buttons combination with correct timing.

To capture Apple Watch screen go to the screen that you want to capture as screenshot. Now, press and hold the Digital Crown button and then instantly press and release the Side button. Remember if you press and hold crown button for a long time then this will open Siri. So, to make it right press the side button quickly after holding the crown button. You many need to try it few time to learn capture screenshot. You can see the screenshot below if you don’t know much about buttons on Apple Watch. 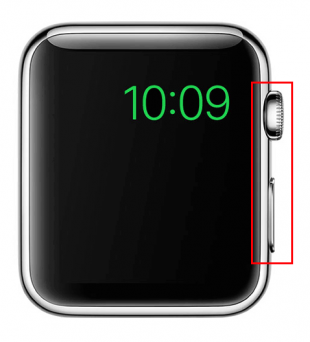 If you successfully capture a screenshot then very much similar to iPhone or iPad you’ll hear a capture shutter sound and a flash on the screen, which is confirmation that screenshot is saved.

Previous Post How to Clear all Notifications at once Apple Watch