Whenever you turn on your Windows 10 computer, it will start to load some basic and necessary files like services and drivers which are required to work your computer and Windows. Exactly at the same time, some third-party apps which are not Windows 10 built-in apps are automatically starting to load with Windows 10 necessary files which cause slow boot.

If you don’t want to load apps automatically on Windows 10 startup, then you can stop them by configuring some basic settings. When you install any third-party application to your Windows, it will automatically add to the startup list in the Windows list. Not all the apps added but most of them which we used regularly like uTorrent, IDM, Adobe services, iTunes, etc. By stopping automatically startup apps also help your Windows 10 to load faster.

Follow the methods below to solve this issue in Windows 10. These methods are very basic you don’t need any professional skills to do this. Just read the steps carefully and you will see everything will be done in no time.

Learn more: Get rid of how do you want to open this file message in Windows 10

In Windows 10 task manager, there is an option which lets you control which apps you want to start with Windows start-up and which don’t want to. This feature is pretty good for many users.

If you open task manager first-time then you will see this screen, simply click on More details. 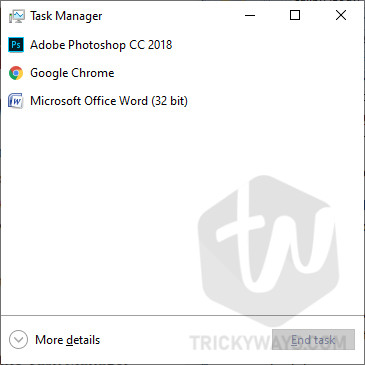 In the task manager click on the tab named Start-up and right-click on the app which you don’t start automatically and select disable. 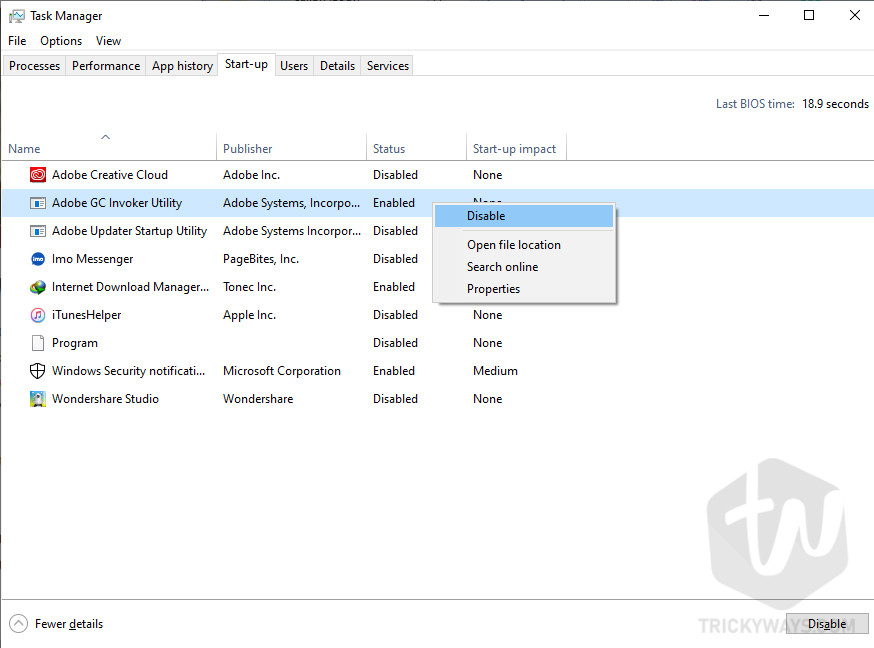 From the version Windows 10 Update, May 2019 apps will be automatically open after restart or shutdown. Many apps still not supported these features but uTorrent, Google Chrome, and Mozilla Firefox do.

To turn this feature off, first open settings by pressing Windows and I key from your computer keyboard and then click on Accounts and then Sign-in options from the left menu list. 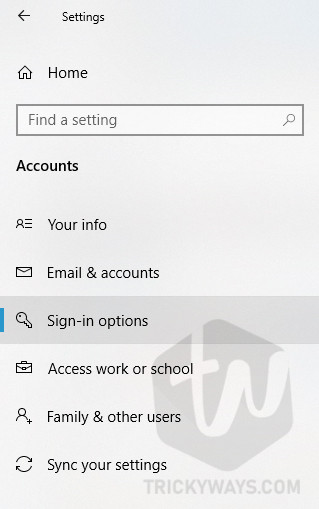 Here scroll down until you see Privacy section. Now turn the toggle button of “Use my sign-in info to automatically finish settings up my device and reopen my apps after an update or restart”. 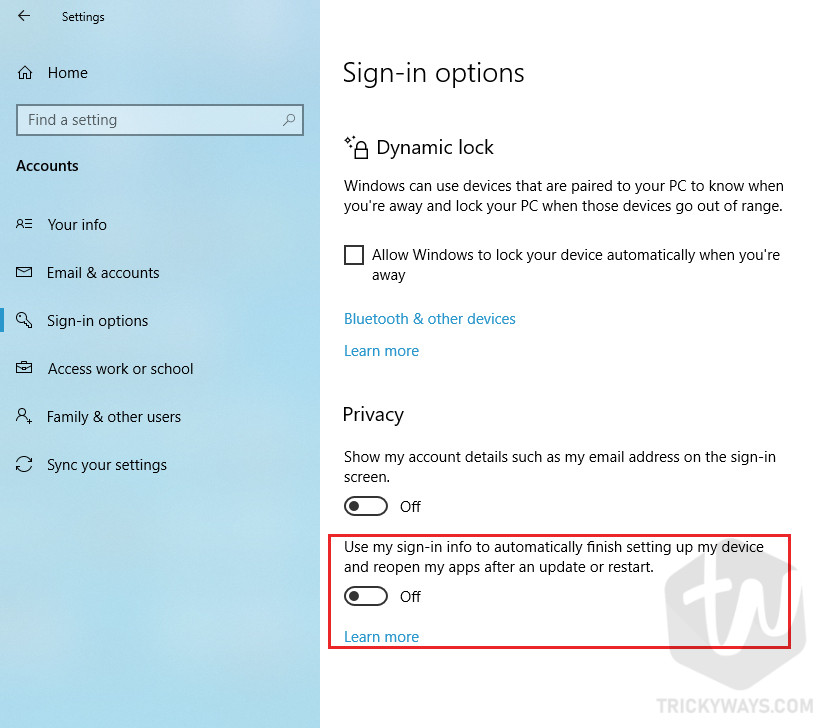 That’s it your apps will not open on the Windows start-up automatically. Tell us which apps you don’t like to run on Windows startup. Use the comments form given below to leave a comment.

Next Post How to Force iPhone to Capture JPEG Images