Apple AirTag, a tracker device that can help you to track your items and locate them when lost. If you are here to know how to check AirTag Firmware version or the serial number of the AirTag then continue reading. 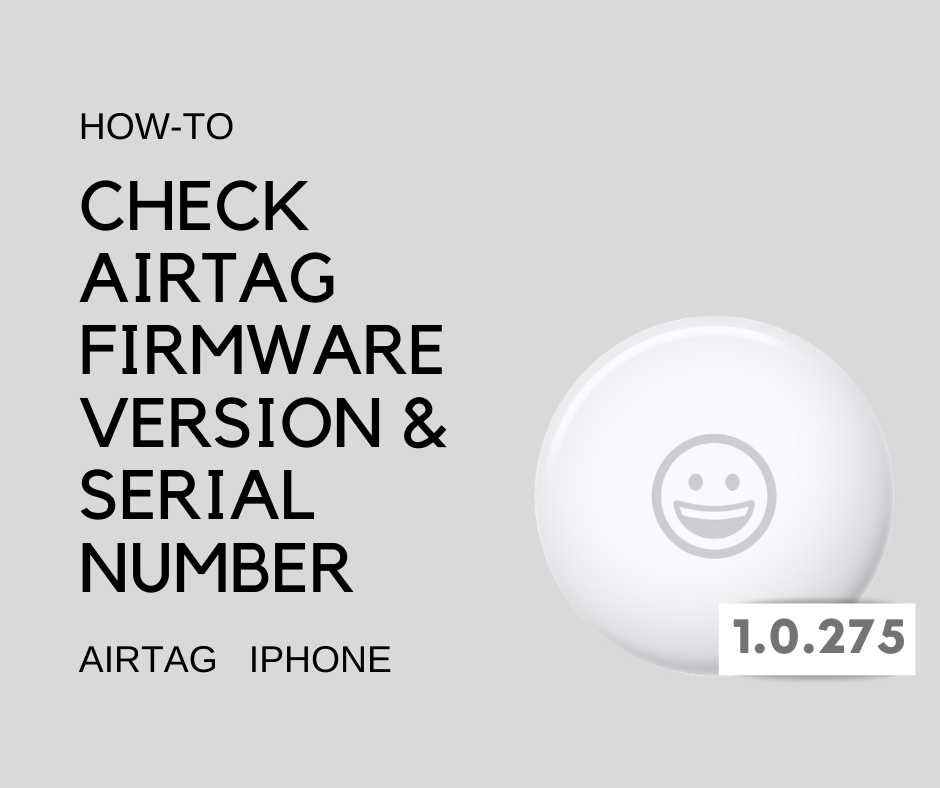 How to check AirTag firmware version

You can check the AirTag’s firmware version when it connected to your iPhone. You might want to know how to set up AirTag with your iPhone, iPad, or iPod touch devices. This Bluetooth tracker device from Apple has firmware installed on it that sends information about the location to nearby iPhones.

Apple will definitely release firmware updated for the AirTags and If you want to find the current version of firmware installed on your AirTag then follow the given steps below.

See also: How to reset AirTag

Find the serial number of AirTag

Still, need help? please leave a comment below, Thanks.

Next Post iPadOS 15 tons of new features for iPad