PlayBook has a built-in screen capture function that helps users to take screenshots quickly without installing any application. Follow the steps below to know how you can capture PlayBook tablet screen. 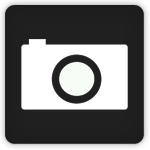 How to Take Screenshot on Playbook

Note: While your Playbook is connected to a RIM’s smartphone through Blackberry Bridge app meanwhile screen capture option does not work on your tablet, so to make it working first you have to disconnect your tablet from Bridge, to do that:

Now, open the screen which you want to capture, except Blackberry Bridge apps (Messages, Calendar, Notes, Tasks, etc) and press and hold Volume UP and Volume Down buttons simultaneously on your PlayBook, immediately you will hear camera shutter sound and screenshot will save in Pictures.

To see captured screenshot, open Camera Pictures folder and there you will find the saved screenshot

Thanks for the tip 🙂

Next Post How to Backup BlackBerry PlayBook Apps, Media and Settings