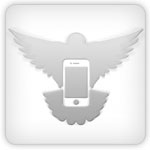 See also:
How to Save iOS SHSH Blobs with iFaith v1.4
Save SHSH Blobs Using TinyUmbrella