Here is a news from MobileRead forum that its possible now to crack FairPlay iBooks Digital Rights Management (DRM) with the latest version of available DRM-removal tool in iTunes Store, Requiem ver 3.3. 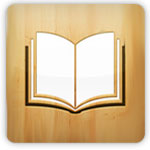 Previously, Requiem was used to remove DRM from music and videos purchased from Apple but now that’s compatible to remove DRM from eBooks of iBookStore, which means now users can read their purchased eBooks on non-Apple devices which have support for ePub eBooks format.

For the legal issues we are not providing guide to remove DRM restriction on iBooks but it is recommanded to act fast as Apple will surely fix this exploit in coming iTunes update.

Previous Post The Simpsons Tapped Out for iPhone and iPad