London Olympic Games starts in July, so to have a fun on your mobiles London 2012 Official Mobile Game for iPhone and iPad is available free for download via App Store. 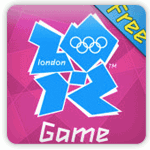 Next Post How to Enable 3D Maps on iPhone 4, iPhone 3GS and iPod Touch 4G