All of our readers know about the Apple genius “Siri”, virtual assistant for iDevices, which can help to organize with simple verbal commands. Although, Siri is quite useful but to increase its usefulness Cydia Store is continuously releasing different tweaks, so today here is SiLight that can Turn ON flashlight of iPhone with a simple verbal command. 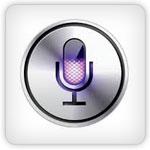 Basically, SiLight is an add-on based on the AssistantExtensions, so just visit Cydia on your jailbroken iPhone and Search, and install SiLight and use it.

You will not find any icon of SiLight on Spring board after installation, so just give command to Siri to Turn ON flashlight and that’s it.

SiLight can only Turn ON the Flashlight with Siri, whereas you have to switch it off manually, but still it seems quite useful to turn off flashlight quickly through a command.

Hi there, you can turn off the flashlight with one of the following commands:

Its a nice Cydia tweak to turn ON/OFF flashlight by giving instruction through Siri.

Really useful to have it to turn ON flashlight with Siri.

Nice experience to Turn ON/OFF flashlight with this Cydia tweak.