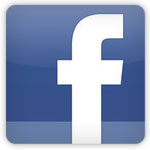 Open Facebook app on your iPhone/Android phone, there scroll down to “Photos” and tap on it

Now, when you will take a photo on your iPhone or Android, it will automatically be uploaded to your Facebook account, even you do not need to open Facebook app on your smartphone, enabled with the Sync Photos feature of app

Later on it depends on your choice which of the synced photos to Facebook you want to share with others or delete.

Its great to have automatic photo sync feature enabled on Android phone.

Useful Facebook tip for folks who are addict of photo uploading.

Its nice to have this tip of Facebook photo syncing through iPhone.

Previous Post How to Select Messages in Gmail for Android