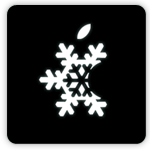 I should note AppleTV 2 stuff such as XBMC is currently broken. So you may want to hold back on updating until your favorite tweaks are updated and available.

Downgrading:
Use iFaith mode after selecting/downloading the appropriate IPSW for your device. You will then be prompted to browse for SHSH blobs for the IPSW you have selected.
Remember to enter a PWNED DFU state with sn0wbreeze’s iREB button in the top bar of sn0wbreeze prior to (SHIFT + Restoring) the custom signed IPSW!

A5(X)/A6(X) Support?:
As stated many times in the past, sn0wbreeze cannot be updated to work on A5(X)/A6(X) devices until a low level exploit in DFU or iBoot is found and made public.

A5(X)/A6(X) Baseband Preservation/Hacktivation?
For those running A5(X)/A6(X) devices and need to preserve your baseband, there is nothing you can do at the moment. For those wanting to hacktivate, the only advice I can give is to buy the carrier’s SIM (the one its locked to obviously) on ebay. The SIM does not have to be activated with the carrier to activate the phone.

Known Bugs/Issues:
Windows 8 users currently need to use this workaround to run sn0wbreeze.
First boot on an AppleTV 2 for 5.1/5.2 firmwares has funky glitches. Should be fixed by updates pushed via repos.
iPad baseband will fail to flash on iOS 4.0 –> iOS 4.2.1 restores.
iPod Touch 2G 4.x.x restores fail (fix coming soon).

Previous Post How to Jailbreak iPad Mini, iPad 4, iPad 3 over iOS 6.1 with Evasi0n