Although Apple says that downgrading of iOS 7 beta to earlier versions of iOS is not possible, so the users of iOS 7 beta devices must upgrade to the coming iOS 7 beta, and the process of upgrading will continue until the release of iOS 7. But here is a guide which let you know the process to downgrade iOS 7 b to iOS 6.1.4/6.1.3. 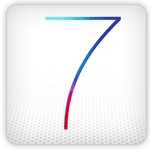 Launch iTunes, attach your iPhone to system and turn it OFF

Put your iPhone into DFU mode, to do that press and hold “Home” + “Sleep” buttons of iPhone at the same time for 10 seconds and then release Power button, while continue holding Home button until an iTunes message popup which tells that an iPhone in recover mode is detected, so click on OK button there

Now, in iTunes select your attached iPhone in list of devices

Browse and select the downloaded iOS 6.1.3 or iOS 6.1.4 firmware file from your system and click “Restore” button

iTunes will start downgrade/restore process and when it will finish you iPhone will be downgraded to iOS 6.x.x from iOS 7 beta.