Facebook in the largest social network of the age! It has redesigned the way people communicate and interact with one and other. Facebook is very very popular all around the globe since its launch in 2004. The social network has a huge amount of population from all regions of the worlds and is now available in 81 languages. Facebook now has emerged as the most famous social networking site. Facebook has advanced so much since its release.

Every other update comes with new and exciting features. Recently Messenger App has been introduced with all the texts, photo sharing, calling and many other features including the new “Seen” feature letting people see exactly when a message is read, not just delivered! This feature has resulted in end of many friendships and relationships! Well if you are on of the late respondents to Facebook texts you are at the right place! we have came up with a solution to turn off “seen” feature for iPhone users. 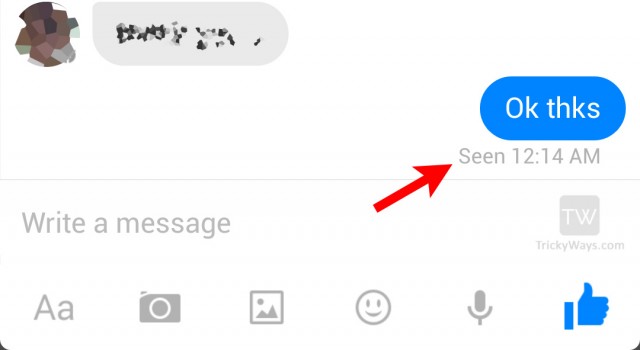 Not Jailbroken? No Worry’s we have a simple fix for you as well! This is where an App called “Unread” steps in

The App “Unread” is available at the App Store and the best part it is totally free and does not require any jailbreak! The App is simply an alternate to Facebook messenger but here is where the magic begins. You can read the messages in the App without sending the “Seen” receipts and sender would not know that you have read his/her messages.

Isn’t it great? but you cannot send messages using this app users are only able to read messages in stealth mode without letting sender know that user have read his/her text message or not. The App is available at the App Store and require iOS 7 and above! So what are you waiting for folks? Get downloading now!

I got it free no problem.

Previous Post How to Turn off “Read Receipts” on WhatsApp Messenger