Apple released third beta of iOS 10.2 with build number 14C5077b for compatible iOS devices like iPhone, iPad and iPod Touch. This is developer’s beta, so it can be download by developers who joined Apple Developers Program. The old version of iOS 10.1.1 was nothing more than some bug fixes and performance improvements but in iOS 10.2, Apple brings some new thing on the table by adding some new feature to this version of iOS.

What is iOS Public Beta?
Public beta iOS releases can be installed by any user without Apple’s  developer account. You just need to join the Free Apple Public beta program. If you don’t know how to join this program then check this guide.

This app was on available in old iOS beta versions but now it comes back to iOS 10.2 beta 3. It lets developers and public beta tester to provide bug reports and feedbacks easily to Apple.

The feature of emergency calling by pressing power button was introduced in iOS 10.2 beta 2 but it’s removed from all the other countries and is now only limited to India.

In previous beta version of iOS 10.2 beta 1, there was a new feature introduced celebration effect in messaging app but in this version there is a new Love effect.

Up next feature in new TV app

New TV app was introduced in iOS 10.2 beta 2 for iPhone and iPad user but Apple take this app to the next level by adding Up next feature to this app, which lets you to track your favorite movies and TV shows.

As the title says, there is new entry of TV app settings in iOS settings. It can be found in Settings > TV.

Anyone who already joined the beta program, can install this beta version of iOS on compatible iPad, iPod Touch and iPhone devices. 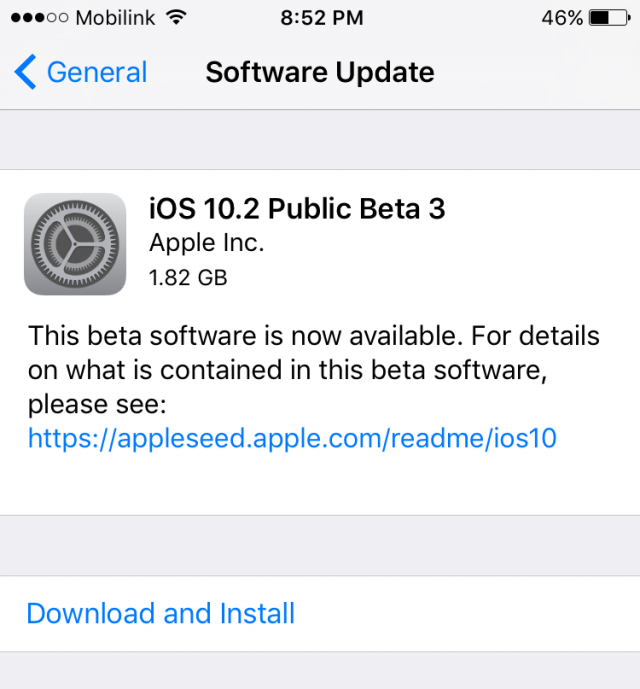